The light of himself

Written by Mary Murphy
On the front of a house in the village of Kemence in the Börzsöny hills in northern Hungary hangs a sign that says “Legyetek önmagatok fénye” (be the light of yourself). In that house lives Mihalis Patsoras, a man in his seventies who has much to teach the world, if the world would only stop long enough to listen.

In the 18 or so years the sign has hung there, no one has ever asked him what it means or who said it or why it’s even there. I find that sad. Incredibly sad. That we should be so devoid of curiosity, too caught up in our own worlds to wonder why, saddens me.

Mihalis’s life is built around the core belief that the key to happiness is to live as simply as possible. Born into the second half of the Greek Civil War, Mihalis doesn’t know what it means to be Greek or Hungarian. When he came to Hungary in 1950, he had a residence card with the word “stateless” written next to citizenship. He still believes that shackling ourselves to citizenship is limiting. With so much of my identity wrapped up in being Irish, I’m still unravelling this.

His life and what he’s done with it is fascinating. When he was just two years old, his mother carried him to the relative safety of Bulgaria and left him in an orphanage before going back to fight for her country.  Even then, he says, he felt that he was looking for something.

As a folk dancer, he was one of the few who got to travel and see more of the world than what was limited by communism. By the time he was 30, he was happily married with a family and a successful career in the city, an apartment, a summer house, a car. Life from the outside looking in certainly seemed to be ticking all the boxes of societal success.

But deep in his soul, Mihalis knew that something wasn’t right. At the age of 53, he suddenly upped and left his life and everyone in it, taking nothing with him. As his family sat at the table waiting for him to join them in a meal to celebrate his 30th wedding anniversary, he was on a train to Kemence in search of the light of himself. “If I’d thought about it, I wouldn’t have gone,” he says. Years later, while he still regrets the pain he caused, and wishes he could have taken it on himself, his family knows it was society he was rejecting, not them. 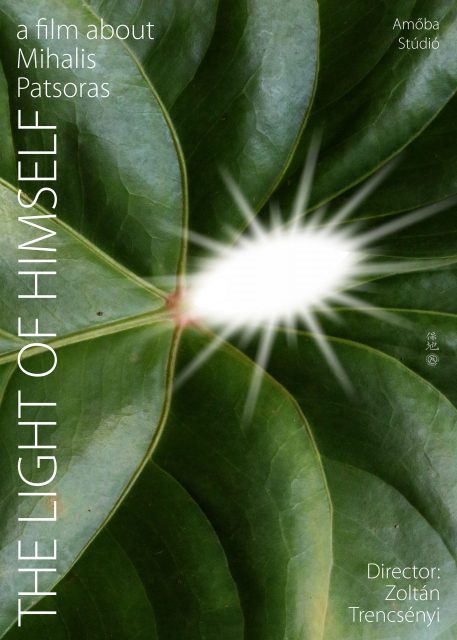 His life today is a simple one. Nature provides his sustenance, his entertainment, his living.  “If you want to invite me for a meal” he says, “dry bread will be good enough.” This set me thinking of the numerous dinners I’ve hosted. Did  I ever once think purely in terms of what would be good enough for my guests? Is good enough something I can even accept? How needlessly complicated we make our lives.

He struggled. He lived with the silence. He trained his body to live with the seasons, to feel the cold, to die in winter and be reborn in spring. He knows his body and his mind and has healed them both. “Suffering” he says, “means not having power, even over yourself.” Oh how I relate that that.

I am fortunate to have met many fascinating people in my life, often through random introductions and tenuous connections. Unlike Mihalis, I haven’t mastered the art of meditation, of stilling my mind, of being present. I am so far from attainment, it’s laughable. My mind wanders too much. But that doesn’t mean I lack awareness.

As I was writing this column, I stopped to trace back everything I’d done that led to an introduction to Mihalis’s son Viktor Pacsorasz last year when he was working on a short film of his dad’s life. I stopped in 2007, the year I came to Budapest for the second time. I could have gone back further. I wondered at the randomness of it all and how even in that randomness there was a certain order. I wondered what might have happened had I not wanted to watch a rugby match while on a weekend break in Budapest. What if I’d not gone to that bar and met the first in a line of connections that would culminate in an introduction to Viktor? Would I ever have known of Mihalis Patsoras?

When I was introduced to Viktor, I was arguing with my own father, trying to get him to see the value of sharing more of his life with me and my cousins. But he doesn’t see his life as a library of stories, or himself as part of a living history. He doesn’t understand our fascination with the past. I’m still working on him.

Viktor’s struggle to make a film about his dad’s life resonated. He nailed the problem: they were relating as father and son. More distance was needed for the interview to work. Enter journalist Zoltán Trencsényi. This zero-budget film was made by those who understand the importance of its message.

“Achieve this, that you do not have any questions for the world. Do you know what a good thing it is? You don’t expect an answer to anything because you’ve already solved everything. And this cannot be learned from books. Go inside.”

Go inside and be the light of yourself.

“The Light of Himself”  is written, directed and produced by Zoltán Trencsényi and available with an English voiceover.