Written by Mary Murphy
While I rarely get excited about anything, I have three underlying passions that bubble to the surface on occasion: stories, traditions, and wine. When octogenarian Károly Fehérvári shook my hand and smiled a Monday-morning welcome, he opened a door to a world that would tap into all three.

Károly Fehérvári is the third generation of winemakers to grow grapes on their estate in Somló, one of Hungary’s smallest wine regions. Back in 1872, it was home to some 42 grape varieties. Because it is so isolated, when the Phylloxera virus decimated vineyards across Europe in the mid- to late 1800s, some 70% of the grapes here survived. And it was with vines from Somló that Hungary’s wine infrastructure was rebuilt.

The family’s connection with the region dates back to 1545. But it was in the 1900s that the Fehérvári males ventured out into the world to return with the knowledge, skills, and most importantly the drive to make something of their little piece of Somlóhegy.

Károly’s father, Károly Snr, worked in the then-Hungarian Royal Winery in Budafok in the 1920s. On returning to Somlóhegy armed with what he had learned, he produced a wine that received national recognition. Decades later, in 2001, Károly Jnr’s Furmint would take gold in the national awards from the Hungarian Wine Academy.  Fast forward another 20 years, and his Juhfark would rank in the top 20 dry white wines in Hungary, winning an array of medals in national and international wine competitions.

Back in the day, Károly told me, the different grape varieties were planted, picked, pressed, and bottled together. This vegyes (mixed) wine was typical of the region. Theirs was a mix of Juhfark, Furmint, and Sárfehér. Today, Fehérvári Birtok is the biggest producer of Sárfehér wine with 1 ha of the 1.57 ha under this grape. The grapes on this vine grow close to the ground and when it rains, they are covered in mud – hence the name – white mud. When Károly asked which wine I’d liked the most, I claimed  this one as my favourite. I got his nod of approval and felt a little like a star pupil.

It was a tough choice, though.

A friend of mine had arranged a tour and a tasting on the 30-ha estate at  Somlószőlős, on the north side of Somlóhegy. There’s major work underway. Lots of time and resources are being invested in breathing new life into the third-largest wine producer in what is now the Nagy Somló wine region. This rebirth stems from Károly’s son András’s desire to keep tradition alive and to continue to nurture the love affair the family has with the hills. 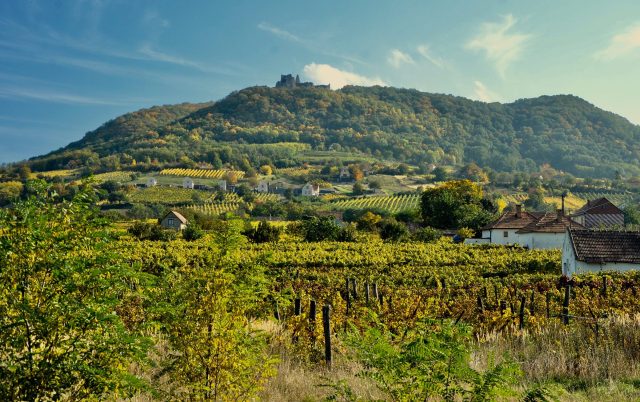 Work began on this new chapter in the life of the Fehérvári Birtok in 2019. The cellar was completely renovated and the foundation was laid for the production of sparkling wine using the French méthode traditionnelle. I remember when I first arrived in Hungary, Törley was just about the only sparkling gig in town. How things have changed. There’s a bubble revolution going on across the country’s vineyards and Fehérvári Birtok will be front and centre.

David Bourdaire of Champagne Bourdaire-Gallois is the consulting cellar master, guiding chief winemaker Ákos Kamocsay Jnr as he navigates this new territory. The 2019 and 2020 sparkling base wine is so good that the 50,000 bottles that are now aging promise to be something really special. I’ve made a note in my diary to follow up with them in 2024 when the 2020 Blanc de Blanc is ready. It’s delicious. Some 5,000 bottles of bubbly have already hit the market this year and in December, a special limited edition Pinot Noir will make its debut. We walked by that particular barrique barrel with reverence.

There’s a bit of who knows who going on. Commercial director Péter Pacher, my friend’s friend, met Ákos when the pair attended the Wine Technical College in Budafok. As Ákos introduced the wines us, his enthusiasm was infectious. A judge at the International Wine Challenge in London for the last 16 years, his credentials are stellar. Wine is in his blood. His father Ákos Kamocsay Snr (Kamó) was head winemaker at the state farm in Mór and also had his own family vineyard. He achieved international success with his Cserszegi Fűszeres in 1998, putting the Hilltop winery firmly on the international map. With Károly and his daughter Zsuzsanna chipping in with their stories, too, our visit was a lively affair. 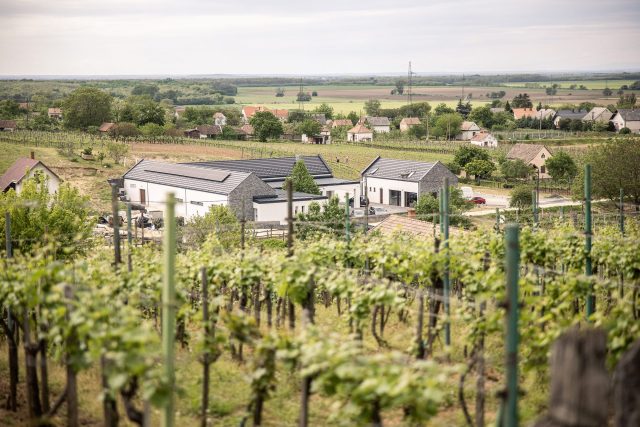 After touring the renovated cellars with their glistening stainless steel vats and barrique barrels, Zsuzsanna showed me some old black-and-white photos of her grandparents and great-grandparents and of Károly himself as a young man working in the vineyard. I was struck by the juxtaposition of tradition and innovation. Seeing photos of the tasting room that will be reading in spring 2023 and the plans for the new disgorgement addition,  I worried that Fehérvári Birtok might get too big, too commercial. I worried that it might lose the very thing that makes it special –  its soul.

But as I sat back and listened and watched Ákos trying to recreate the original vegyes mix under the patriarchal eye of the man himself,  I relaxed. I realised what makes these wines so special: They’re alive. They’re the product of a deep appreciation for the land, the environment, and the region. These people don’t just love what they do, they love where they are.

I’ve met this only a few times in my travels. Twice in Slovenia. Once in South Africa. And once before, in Hungary, in Zala.  By this, I mean a deep-seated sense of place, of belonging, a palpable oneness with your surrounds.

This was my third visit to Somló. It’s special; an exquisite corner of Hungary. It’s difficult to get to without a car and, without the Balaton nearby, most tourists, domestic and foreign, give it a miss. It’s their loss, though.

Think of this as an early Christmas present from me. If you’re into your wines, check out  Fehérvári Birtok. You won’t go wrong with any of them. And if you fancy a post-holiday getaway, you could do worse than a couple of days in Somló. Climb up to the castle for a view of the vineyards – it’s worth the climb. And remember, their tasting room will be ready in the spring. I might even see you there. 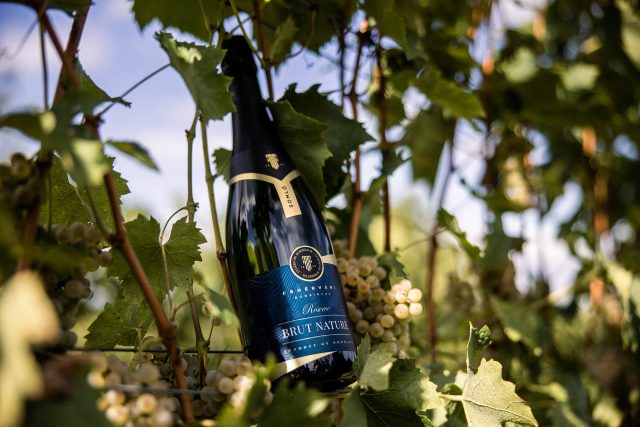