Written by Mary Murphy
I’m not a massive fan of the Olympic Games. For me, it’s not about who wins what for which country; it’s more about how people handle the disappointments.

I had high hopes for Rhys McClenaghan, the first Irish gymnast to reach an Olympic final. I wanted him to come home with some recycled electronics on a ribbon. But he caught a finger under the handle of the pommel horse and that was it. Instead of the bronze we’d hoped for, he placed seventh in a field of eight. The professionalism the 22-year-old showed in taking the allotted 30 seconds to regain his composure and finish out the competition befitted a man twice his age. As he said himself, “It didn’t go to plan”. Success rarely does.

In Hungary, the Lőrincz brothers, Tamás and Viktor, took gold and silver in their respective wrestling competitions.  A social media post of one news article ran with the introductory line:

In the comments, someone suggested an alternative intro:

The different way the same event was related struck a chord with me. I began to question the whole notion of success and how we see it.

In and around the same time as athletes were competing in the Tokyo 2020 Olympics, another global competition was taking place: the 2021 International Chemistry Olympiad (IChO).  Every year since the inaugural competition in Czechoslovakia in 1968, except for 1971 (the politics make interesting reading), the four top chemistry students from participating countries have competed in this global competition.

Qualification in Hungary is arduous. You need to get to the Országos Középiskolai Tanulmányi Verseny (OKTV: National Schools Study Competition) finals first by being top in your school, then in your region and then in the country. To be selected for the national team to represent Hungary in the IChO,  you then go to the next stage: two, one-week preparatory camps at ELTE TTK University, with practical and theoretical exams. The four students with the highest test scores get to represent Hungary in the IChO.

Of all the subjects I have taken over the course of my schooling at various levels, Chemistry ranks up there with Cost Accounting as the two I most detested. Taking a five-hour theoretical chemistry exam is so far from my idea of fun, it drops off the page.

But for Dávid Benkő and Lucio Saracco, both Hungarian silver medallists in the 2021 IChO, Chemistry is just that – fun.

I chatted with them recently and came away from both conversations in no doubt but that they will make their mark on this world. 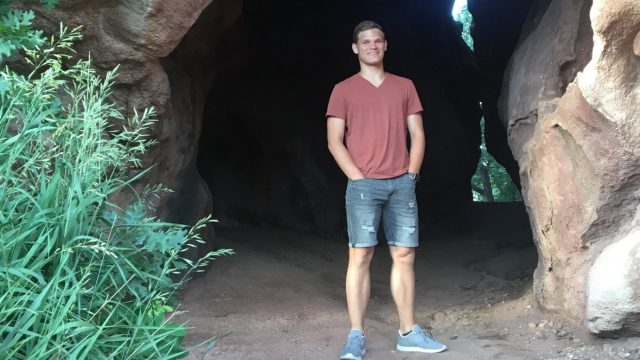 Benkő reckons his silver medal is the result of about 2000 hours of hard work. Many of the questions they’re asked are beyond what they’ve been taught in school – they’ve to solve university-level problems, more suitable to second-year undergrads than high-school students. When I commented on the level of braininess that must take, he countered:

“I don’t think I’m some kind of genius; I simply worked hard enough and long enough to succeed.”

There’s a hint of Malcolm Gladwell’s 10,000-hours theory in there somewhere. And those times it seemed too difficult? Those times it didn’t seem worth it? He powered through them knowing how much he’d regret it if he gave up.

This is Benkő’s fifth Olympiad silver medal. His first silver was in the 2019 International Olympiad of Metropolises. He followed this with a silver in the International Mendeleev Chemistry Olympiad (IMChO) and in the IChO in both 2020 and 2021.  Now he’s walking through one of the many doors that opened for him because of his hard work, talent and determination. He’s heading to the Massachusetts Institute of Technology in Cambridge, Massachusetts, where his pitch-perfect American English and undergrad-level knowledge of his subject will no doubt cause a stir. Remember his name.

Saracco’s story is one of hard work, talent and determination, too. Last year, he didn’t make it past round 1 of the OKTV; this year he ranked 9th in the country. I asked what had changed.

“Experience. Last year, the stress factor interfered with my performance. This year, my methods improved and I knew what I was doing.”

He is interested in how the world works, in what makes it tick. Naturally attracted to the sciences, chemistry is where his talent lies. Saracco likes its real-world applications. He sees immortality, or the search for same, in his future. Eighteen to Benkő’s 19, he has one more crack at the IChO in 2022 in Tianjin, China, another chance to better his global ranking. Maybe this time he’ll get to travel.

While there’s an element of competition, of wanting to bring home a gold next time out, the word Saracco uses most often to describe his relationship with chemistry and the hard graft involved in making it in international competition is fun. Sure, for the last six months, 20% of his time was spent on chemistry, but it was fun. And yes, it takes immense discipline and determination, but hey, it’s fun. 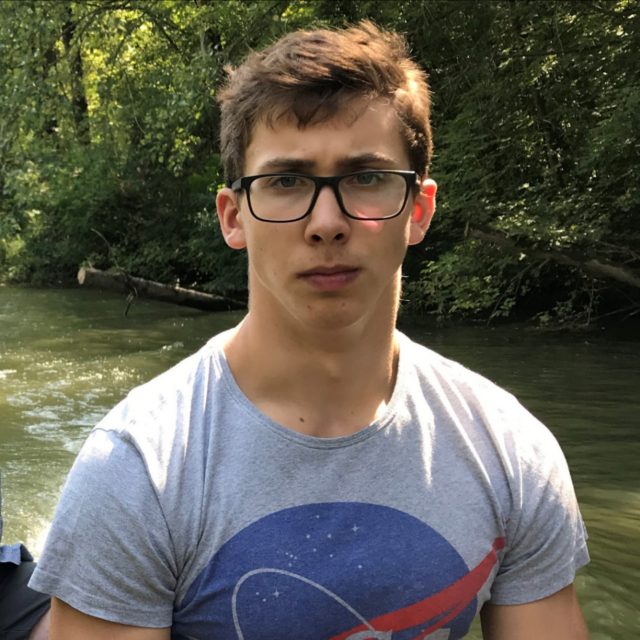 This is his second medal this year, too. In the spring, he took a bronze medal in the IMChO, a smaller international competition with some 25 countries participating compared to the 79 that took part in the virtual IChO 2021.

Both lads attribute their success in part to their teachers. Had they not had the teachers they had (Benkő attended Budapesti Fazekas Gimnázium and Saracco attends ELTE Apáczai Gimnázium) and had those teachers not been committed to their success, they might not have gotten as far as they did.

It’s not about bringing home medals. It’s about the lessons learned along the way. It’s about looking at what didn’t go so well and figuring out a way to do it better next time. It’s about application. It’s about putting in the hours. It’s about having fun and enjoying what you do best.