A way out, one gherkin at a time

Written by Mary Murphy
As we launch into 2022, I’ve shelved New Year’s resolutions in favour of what I’m calling life resolutions. Time has been Covidised. It’s taken on a whole new meaning. 2021 alternated between feeling like a month or a decade depending on my mood. One year of resolving to stop or start something seems half-hearted. I’m going all in.

First on my list of life resolutions is to be more supportive of others who are doing what they can do to make our world a little better – starting with gherkins.

The humble cucumber (uborka) enjoys a somewhat exalted status in Hungary. Cucumber salad holds its place on restaurant menus year-round. Come summer, elbows across the country are deep in brine as the pickling of the immature cucumber, the gherkin (csemege uborka), begins.

Why, though, am I writing about gherkins in January? They’re hardly topical.

Gherkins have become the main traffic in trade of Kiútprogram, a non-profit limited company first conceived by entrepreneur András Polgár (Polgár Foundation) and Péter Felcsuti (former chairman of the Hungarian Banking Association), both of whom were concerned about the widening financial divide in the country. The gap between the richest of the rich and the poorest of the poor was (and still is) expanding at an alarming rate.

They got with György Molnár (senior research fellow at the Institute of Economics, Hungarian Academy of Sciences) and worked out a way to adapt Mohammed Yunus’s world-renowned Grameen Bank model to Hungary.  The two-year pilot scheme was so successful that the EU wanted to commit to funding it for a further four years if the Hungarian government agreed to contribute 10 percent. They wouldn’t. So the EU didn’t. Undeterred, the lads continued, and the programme is still changing lives, thanks to private funding.

The trio identified villages in north-eastern Hungary, some 15 in all, mainly populated by Roma. Getting the word out there involved field workers going from door to door; posting notices in village shops if the village was “rich” enough to sustain a shop; and making themselves available for questions and consultations. 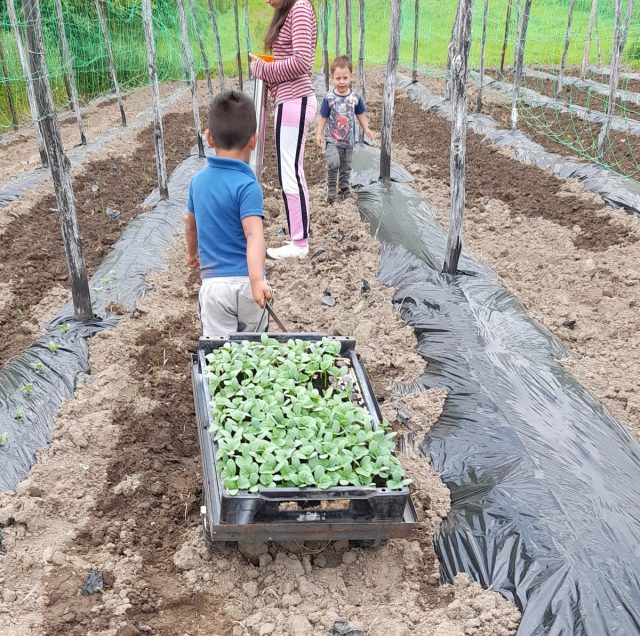 Suspicions were rife at the start. And understandably so. If you feel you’ve been abandoned by the government and civil institutions and left to wallow in inherited poverty, it would be hard to believe, let alone trust anyone who showed up offering you a way out.

Patience, perseverance and the passion to make a change were called for. Today, Kiútprogram is working with 60 to 100 families each year helping them to grow gherkins on their own land. The programme offers microcredit for tools, seeds and equipment, and then buys the produce as the season progresses to sell on to suppliers.

The added value is that, unlike suppliers who might provide the plants and basics for producers (also at a cost deducted from the final payment for the crop), Kiútprogram offers invaluable mentoring and advice along the way, free of charge. And they can be trusted. It’s a non-profit organisation. And with profit taken off the table, everyone gets a fair deal.

This year, in 2022, noting the increasing climate-driven costs associated with growing gherkins (high winds play havoc with the crop), Kiútprogram is going to help people process some of their cukes and they’re going to expand to include paprika, too. It’s experimental, of course. But their method has worked so far, and they seem to know what they’re doing.

One of the main success markers is a participant being able to move out of the family home and buy their own house or move from the edge of the village into the village proper. Success is not just about money; it’s about self-esteem, self-confidence and self-worth, all of which drive integration. And while most of the participants are Roma, this is not a determining factor.

Although far from a coast of any kind, the much-used adage – give a man a fish and you feed him for a day; teach him to fish and you feed him for a lifetime – is apt. Only here, we’re talking gherkins not groupers. No experience is necessary. Participants don’t even need to know a kapa from an ásó. Kiútprogram is there to give advice and guidance on everything from planting seeds to paying taxes.

Not everyone is physically able to cultivate gherkins, though. It’s hard work. Physical work. And it’s seasonal, typically lasting five months. Seeing the need to expand their offer and their reach, Kiútprogram added a second furrow to their field of expertise in 2018 when they stated training programme participants to find jobs locally, connecting them with factories, helping them with applications and CVs, giving them interview practice, and often even driving them to the interview itself.

Remember, for many, travelling 20 kilometres to the nearest town is something seldom done when money is tight and self-confidence is low. They often feel completely lost, not knowing who they can approach for directions.  Importantly, it’s not only about getting them into employment but also about providing support to keep them there. 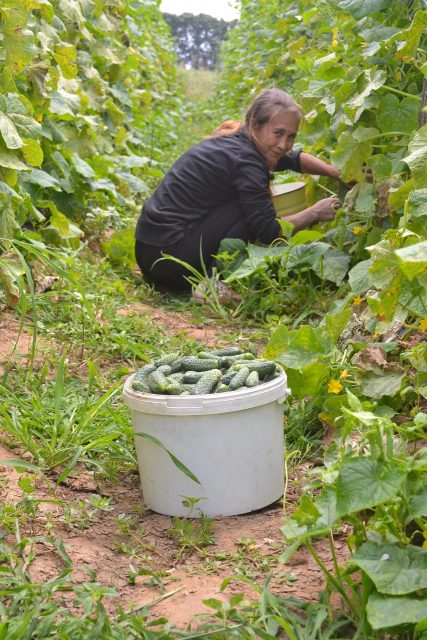 Because of the inequities in this world and the way our social systems are set up, you almost have to prove you don’t need the money before a financial institution will give you a loan. Madness. Unsecured loans are the province of moneylenders and usuries who give pay-day loans at exorbitant interest rates. Modelled on the Grameen Bank, Kiútprogram gives unsecured loans, investing in people rather than profit. They’re giving back.

It’s not all about gherkins either. Kiútprogram is brokering partnerships between entrepreneurs and financiers.  One participant has opened a barber’s shop, financed by one of the programme’s partners, PannonHitel Zrt, which provides finance for medium, small and micro businesses. The financing came through on the back of a business plan developed with the help of Kiútprogram.

Kiútprogram is a game-changer. It’s replacing dependency with independence. With independence comes involvement. And with involvement comes empowerment. It’s not rocket science. Participants are working more, earning more, buying more and thus paying more into the local economy, which in turn is doing more than simply limping along.

Once food and heat and the basics are taken care of, there’s money for school and books and education. And while the distance between the country’s richest and the country’s poorest continues to grow nationally, in some corners of the country that gap is closing, one gherkin at a time.

In hindsight, the government might have been better placed to fund the continuance of the pilot programme that has since been acknowledged as a World Bank Best Practice. Were I in charge, it would replace the current public works programme and be expanded nationwide. Sadly, I’m not. In charge, that is. But I can help fund it. And I have. You can, too.