Steeling itself for a stellar year in the spotlight

Written by Christopher Osterberg
Luxembourg has been a stalwart member country of the European Union since 1958, one of the “Inner Six” founder states of what was originally called the European Communities, and when Esch-sur-Alzette becomes a European Capital of Culture in 2022 it will be the third time the country has held the honour since the programme began in 1985, following Luxembourg City twice, in 1995 and again in 2007.

The Grand-Duchy of Luxembourg is one of the continent’s smallest countries with some 638,000 people on just 2586 square kilometres – about 36 times smaller than Hungary. Only 36,200 of these Luxembourgers live in Esch-sur-Alzette, known as the “second city” after the capital, just 17 kilometres away. Esch, as it is usually referred to in short, is in fact a commune with town status, and lies in the south-west on the border with France and in the valley of the Alzette river, which flows through the place.

Rather a small spot on the map, then, so in 2022 Esch-sur-Alzette will be undertaking the European Capital of Culture venture together with 10 other municipalities in Luxembourg and eight neighbouring municipalities in France. The 11 Luxembourg municipalities constitute Pro-Sud, a regional syndicate formed to promote and develop this southern region. The French municipalities comprise a similar grouping called the Communauté de communes Pays Haut Val d’Alzette, or CCPHVA.

A small village until 1870, Esch became a prosperous industrial centre after the discovery of “minette” phosphoric iron ore, eventually becoming the centre of Luxembourg’s iron and steel industry and the second-largest town in the country. Luxembourg’s steel industry became one of the most important in Europe but declined in the second half of the 20th century due to world over-production. The Esch-Belval steelworks closed in 1997 and the nearby Schifflange site in 2012.

A member of the Esch organising team said that to understand the ambition to be a European Capital of Culture, it is important to know this history of the southern region of Luxembourg and eastern France. Towards the end of the 19th century the cross-border region called “Red Rock” (in French the “Terres Rouges”) had started to extract natural resources at an industrial scale that introduced a new industrial age.

Luxembourg ranked sixth among the world’s cast-iron producers, with the industry contributing 25 percent of the gross domestic product and representing 70 percent of the country’s exports. Workers from all around Europe immigrated towards Luxembourg and soon Esch and the surrounding municipalities became a multi-cultural melting pot. Today, those 36,200 residents are characterised by a large foreign population, more than 30 percent with 110-plus nationalities represented. 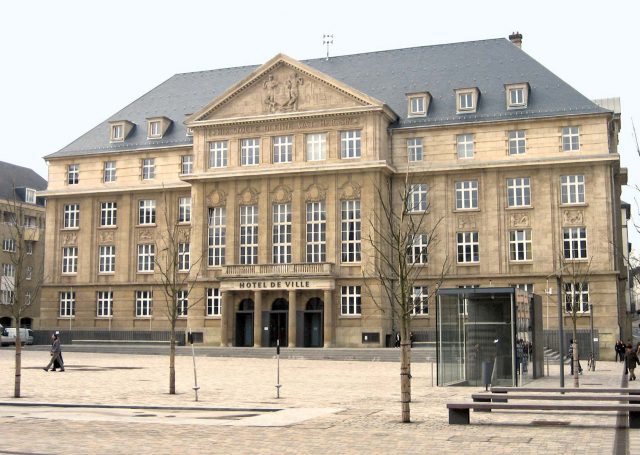 “Of course, if we look towards Belgium, Germany or France and their history we observe a similar industrial heritage,” the organiser said. “However, what makes Esch and the Red Rock region unique is that the former cradle of the country’s industrial wealth has successfully reinvented itself towards a hotspot known for research, innovation, science and technology. This transformation happened in less than 20 years.

“Today, the Esch-sur-Alzette university districts with their unique research facilities have replaced the traditional steel industry and allow another generation to shape their future. A city that continuously reinvented itself to become yet again the backbone of a modern economy and a thriving multicultural community deserves in our opinion to become the European Capital of Culture.”

The body and soul of the Esch2022 program has been dubbed REMIX. This is described as a call to action that stands for a proactive, participatory and inclusive approach to shaping the future together. The project has a slogan, “Remix Culture”, and “the key element in this ambitious societal project is understood to include all forms of artistic expression but also, in the broader sense, as everything that defines us as human beings, our history, traditions, roots and the myriad aspects forming our individual and collective memory”.

The organiser says: “Esch2022 is a project which aims to give access, empower people, inspire confidence, change perspectives, embrace the new. For Europe, Esch2022’s message is to find strength from within. To believe. To regain control of its own destiny and build a sustainable future.”

The Visit Luxembourg website, which is the country’s official travel guide, says cosmopolitan Esch has a lively past, with its history and that of the adjacent areas tracing back more than 5000 years, and its actual importance being due to the surrounding iron ore.

Even before considering the special events being planned for next year, Visit Luxembourg says a choice of architectural and cultural attractions awaits visitors: the Monument aux Morts (1956) commemorating those who died in the Second World War and housing the Musée National de la Résistance (National Resistance Museum), the metallurgical factories, Berwart Tower (1621), the Hôtel de Ville (town hall) erected between 1935 and 1937, the Théâtre municipal built between 1959 and 1962,  the Lycée de Garçons (boys’ secondary school, 1909), St. Joseph’s church, the grotto of Our Lady of Lourdes, art galleries, libraries, music conservatory and numerous events well-known far beyond the border.

A walkway created in 2009 leads from the town centre to the Gaalgebierg municipal park and recreational centre, a magnificent green space with marked walking paths, rose garden, waterfall and fountains, playgrounds, animal park, a natural ice-rink in winter and several sports facilities, including the swimming pool of the Bains Municipaux and a shooting stand. There are exhibitions and activities in the Esch-Belval University Campus.

Esch-sur-Alzette is said to be well-known for its architectural charms and large shopping facilities. The official view: “Modern, young and dynamic – this is the best way to describe Esch-sur-Alzette, Differdange and Dudelange, the cities of southern Luxembourg. Shops, street theatre, music festivals and concert halls ensure a varied offer.

“In Esch-sur-Alzette, more precisely in Belval, you will also find the campus of the University of Luxembourg, where the two blast furnaces, surrounded by modern architecture, will continue to bear witness to the great era of steel processing. The Rockhal concert venue in Belval is a meeting place for international stars of the music scene.”

From late September to early December, panel discussions, workshops and special events with artists and project partners are being held to reveal various facets of Esch2022.

Esch-sur-Alzette’s partner Capitals of Culture throughout the year will be Kaunas, Lithuania’s second-largest city, and Novi Sad, Serbia’s second-largest, the latter country being in the midst of a stalling integration process with the European Union.