Written by Alexander Stemp
For a quick getaway from Budapest, I recommend a long consummate weekend at the Hotel Puntijar. This delightful and unique family-run locale on the outskirts of Zagreb is a top-end hotel within the hilly and leafy green climes of residential area Gracani. A four-hour drive for Budapesters, this fanciful enterprise is also a heritage site that comes as a museum and gallery. It is meticulously tended and mainly dedicated to both vintage and modern-day artistic catering appreciations and appliances alike. These come mostly from within the realms of the Croatian and neighbouring spheres.

I was invited to find out more about this splendid venture last December by manager and owner Zlatko Puntijar. He and his receptive family and staff were not only willing to host me with the best of local cuisine but also to show me around this impressive enclosure with its fine additional collections of paintings, books and plenty of artefacts dating from the 19th century to the present day.  Although the hotel facade is relatively new in comparison, it’s a different matter when inside, where an artistic jump back in time awaits.

Catering here is a traditional profession that dates back with the masterly Puntijar family to 1838, when their hospitality venture began, in this same neighbourhood. The quest to cook as professionals and serve the best locally produced dishes in the Gracani suburb was apparent as early as then as it is today. There is a modest principle that continues to endure, namely to always preserve a cherished and refined culinary past. Then pass on what the family now calls the “Zagreb Flair” to the next generations of families, guests and friends in the most respectful way.

Clearly this enterprise with its interior ambience of splendidly decked-out, seasoned wooden planking and fine, decorative artworks draped around the premises has a very homely atmosphere. Needless to say, this artistic and culinary venue is a must for visitors who have a love of Central European history and in particular the hospitality trade, as well as for the best in local cuisine.

Within the immediate premises there is the unique museum of gastronomy which delivery heaps of kitchen attire and more than 2000 cookbooks. Remarkably there are also stacks of old-style 20th-century “menus”. As time passed, much of this printed matter obviously became dated, worn and generally redundant. But remarkably some of these retro delights, some from the former Yugoslav era, symbolically sprang back to life and found their way there to new and perhaps unexpected displays. Finally, there are 500-plus distinctly old-edition travel guides and more. 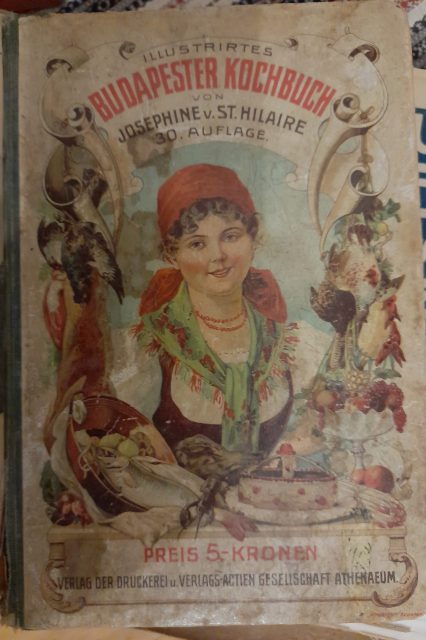 I was fortunate to find what literally must be one of the first editions of an intrepid Hungarian cook-book, as well as stumbling across a handsome pocket-sized “Guide to Zagreb”, both dating back to 19th-century Habsburg times. The first Croatian cookbook came to provenance in 1813 and is still valid and delivers inspiration today. There is also the Hotel Puntijar wine cellar with its impressive collection of local and other vintages that date long before my time.

A true connoisseur, Zlatko Puntijar’s commitment to the hospitality and catering trade – not to mention that of his family – makes him a leader in his trade and one of a few private collectors with such a large amount of catering history on hand.

The Puntijar team’s quest is more than a desire and commitment to preserve Croatian gastronomy and cuisine culture and to continue delivering perfection to the table. It is also of paramount importance to round up the better but forgotten recipes from the many cookbooks and reinvent them in exciting ways.

Then beyond what marvels are being cooked up for you, various artworks and photographs are on show, including ones of Pope John Paul II and Pope Benedict XVI who were guests of honour during visits to Zagreb within living memory.

There are equally tasteful traces of aesthetically arranged Renaissance, Baroque, Neo-Baroque, Rococo and Secessionist moods throughout the premises. This dwelling clearly provides an obvious, artistic atmosphere with the personal touch, allowing it to differentiate itself from the commercial and all-familiar hotel chains found in metropolises elsewhere.

One could say, as indeed I said informally when observing this remarkable venue, the layout is an “Aladdin’s Cave”. The 35 meticulous guestrooms are also filled with locally produced bygone-esque ornaments, such as the more than 700 paintings, vintage photographs, mini libraries with countless books and prestigious furniture, giving an insight into both Croatian life and the family ancestry. These rooms are named after former Croatian saints, royalty and family members. 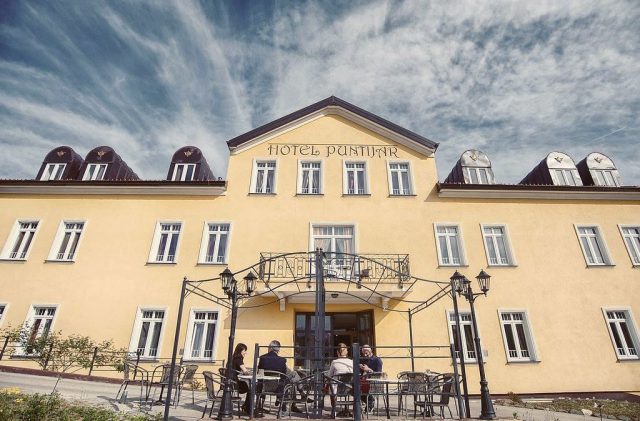 This hotel comes with two mini suites, a deluxe Royal Suite and a conference hall. The Royal Suite in particular is impressive with its luxurious layout. Plush furniture throughout has been locally produced from various periods and expresses numerous artistic attributes. So much so, this place with all its interiors could play out as an early to mid-20th-century film set for Agatha Christie “Poirot” productions.

For further information on your surroundings, management and staff are happy to provide. As Zlatko Puntijar remarks, it is always his family’s aim to deliver both a comfortable stay and an insight into Zagreb lore. All items have been beautifully kept and restored, and the search continues for more.

I was amazed by his family’s life-long commitment at this exemplary shrine, and there is more to come when one enters the plush and traditionally decked-out Stari Puntijar restaurant with its characteristic cuisine and vintage wine cellar.

Much care and dedication has gone into the menu, which begins with home-made soups and starters. Vegetarians are catered for too, while the specialities of the “Old Puntijar” take the spotlight here – 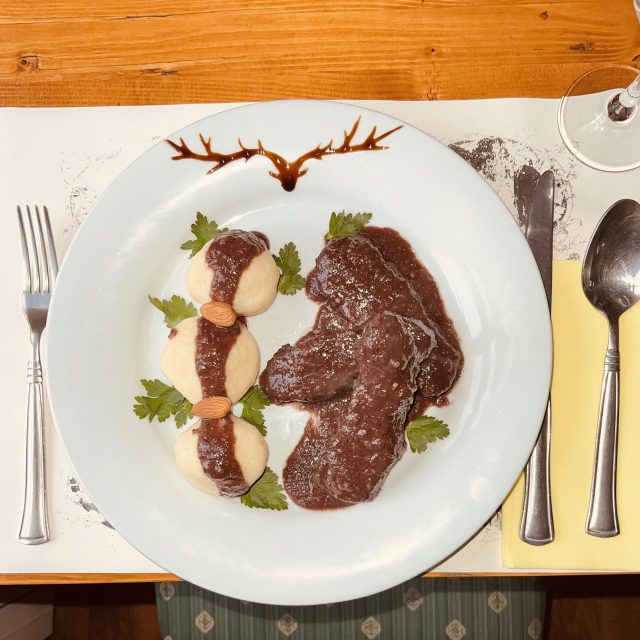 However, the management’s pride and recommendation comes with a set menu consisting of “Deer in art broth – Chicken in parsley root sauce – Dressed-up apples with sweet spices.”

And there are the plentiful and perhaps more regular main courses, such as game and fish dishes, sumptuous cheese platters and various puddings offering apples, pancakes and ice-cream. Port, brandy, cognac and cigars take their place alongside teas, coffees and chocolates.

Then, at the end, I was awarded a glorious certificate to take home as a souvenir, clearly certifying my presence there.

This splendid introductory occasion made a big impression on me. This was hospitality and catering at its commendable best. Much more could be said but that would be more of a specialist matter needing further research and best kept for another time.

Then, to add to this delightful time away, and perhaps to clear your head, take to the nearby Gračec-Lukovica-Rebar hills and valleys before returning to highways and borders elsewhere.