A Hungarian welcome in splendid Montenegro

Written by Christopher Osterberg
Sensibly, hotels like to promote themselves as a “home away from home” to attract guests. And the Hunguest Hotel Sun Resort in Montenegro has something of a head start when it comes to enticing Hungarians visiting this scenically outstanding country. As a property owned by Budapest-based Hunguest Hotels, the Sun Resort has certain advantages for Hungarians almost a thousand kilometres away from home.

For one thing, in the summer high season the hotel specially employs a Hungarian-speaking receptionist, which is a big plus for checking in and out, organising tours and transfers, ordering taxis or hire cars and so on. The result is that satisfied Hungarian guests have been known to return again, perhaps even several years running. When The Budapest Times stayed for a few days this June we heard more “jó reggelt” and “jó este” than the Montenegrin “dobro jutro” and “dobro veče”.

The general manager and the reservations manager also speak Hungarian. Apart from keeping everything shipshape, they sometimes have to deal with uninformed questions – from any nationality – such as “I’m considering visiting but I’ve heard that the rooms have dirty carpets. Is it true?” To which the doubter is informed that in fact there are no carpets in the rooms, which are thus easier to keep clean.

Another odd query came from a potential guest who seemed to believe a warning from someone that the kitchen and dining areas were infested with cats who were having a grand old time sampling the tucker. This had to be dismissed for the obvious nonsense it was, otherwise the public health authorities just might have something to say about it.

In fact, some 40-50 percent of the Hunguest Hotel Sun Resort’s guests are Hungarian, and while the hotel may be almost 1000 kilometres away from Budapest in Herceg Novi (New Prince), it still must follow Hunguest standards, for pricing, provision of services, loyalty program, offers and packages, for instance. 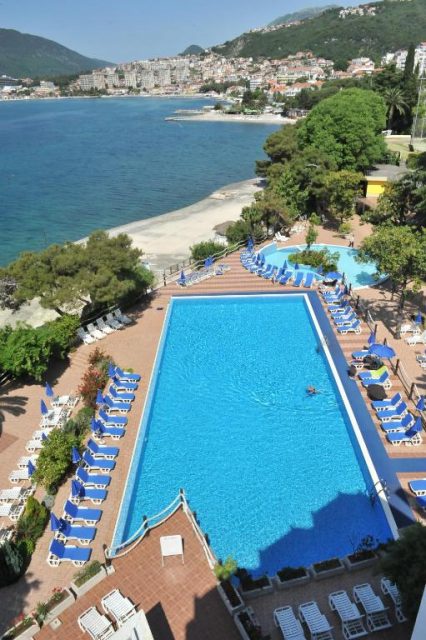 Hunguest is a major Hungarian chain of 18 hotels in the home country, and so holidaymakers from Hungary may already have some familiarity with what to expect. The company also operates two other “homes away from home” abroad, one in Austria at Heiligenblut, which faces the highest mountain in the country, and one in Romania at Csíkszereda, in the mainly Hungarian-speaking region of Székely Land.

The Montenegro hotel became a Hunguest property in 2004 after privatisation began in earnest in the small state of the Western Balkans facing the Adriatic Sea, once part of the Federation of Socialist Republics of Yugoslavia. A sign outside the hotel informs: “Hungarian Export Promotion Agency. Foreign Market Growth Initiative. The foreign market growth of HUNGUEST Hotels Szállodaipari Zrt through the development of the Hunguest Hotel Sun Resort in Montenegro.” In 2008 the hotel underwent a large-scale renovation, and although that was some time ago, part-renovations are carried out each winter when the Sun Resort is closed from October to March. 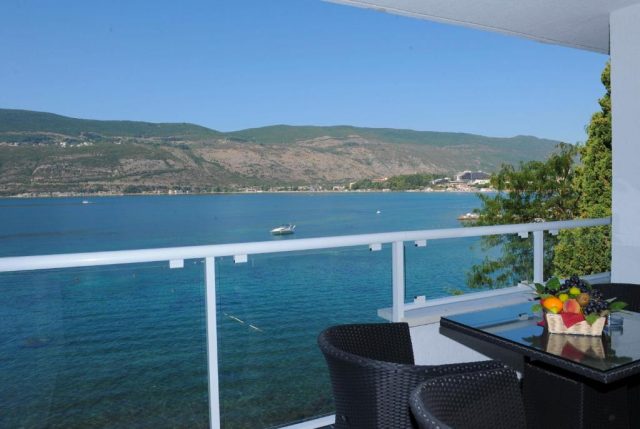 The Hunguest Hotel Sun Resort is an intriguing place with much to explore. It is basically a two-hectare park some 400 metres long, with half occupied by botanical garden and the other half holding the hotel buildings themselves, which consist of five apartment blocks and 20 villas. All sits directly next to the seaside promenade that is part of Montenegro’s splendid Bay of Kotor.

In the grounds are a swimming pool, paddling pool and sports area for football, basketball and more. Part of the sports area can also be pressed into service as an overspill parking area, if the private three-level garage fills up. Many Hungarians do drive down, and can recover from the trip in a spacious wellness centre with jacuzzi, solarium, traditional and infra-saunas, hot tub and massage rooms. There is a modern equipped conference area for workshops and seminars for up to 130 attendees, and two restaurants. 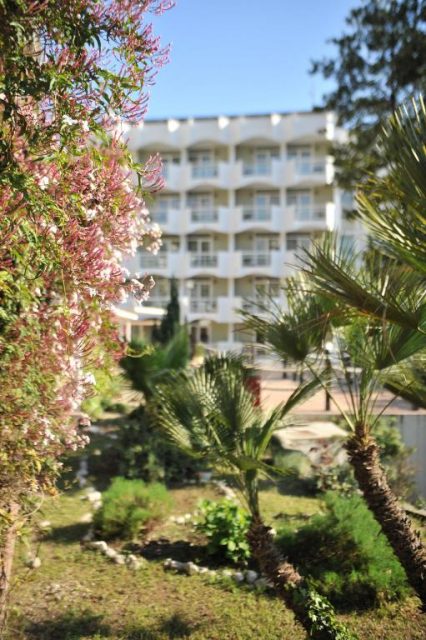 The jasmine-lined walkways between the areas are scent-filled, and the thick Mediterranean vegetation includes Yucca and Canary Island Date Palms, varieties of Cyprus trees, banana trees, red, white and pink oleanders, Australian bottle brush and so on, flourishing in the Mediterranean sunshine. The gardener is apparently a real enthusiast and he finishes when he finishes.

The 229 rooms can accommodate some 500 guests in a full range from deluxe apartments to family rooms and so on, all with air-conditioning or with wall heating-cooling system, own bathroom, fridge, mini safe, SATTV, internet, bathrobes and hairdryers. The most luxurious have a jacuzzi and sauna, and you never know what you might find, perhaps a four-poster bed, a massage chair or wall speakers, for instance. The majority have balconies with fine views over one of the world’s loveliest bays, and the Sun Resort has a private beach with beach bar available. 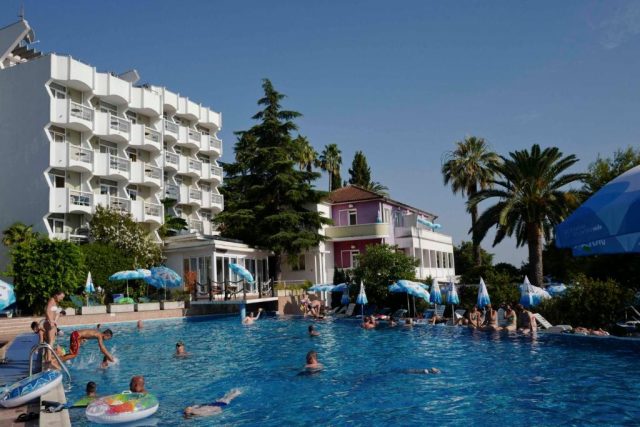 Guests are welcome to all these services, whichever level of accommodation they choose. Room prices depend on the season, early booking, offers, discounts for family rooms and return visits, and other factors, but probably expect to pay around EUR 80-90 a night half-board at the least and a top of EUR 300, when the luxuries perhaps include separate lounge and bedroom, two televisions, twin sinks, a bar and stools, etcetera. Many rooms feature something different.

Hunguest Hotels Sun Resort is classified as four-star by the Montenegrin Ministry of Tourism. It is a 10-minute walk from the Herceg Novi Old Town. If home is in Hungary, it has reminders while away. 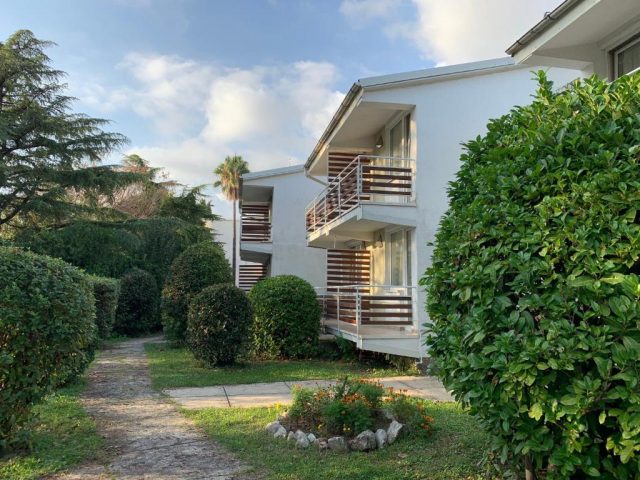