Émile returns after an enforced absence

Nice to have you back where you belong

Written by BT
Like everyone else, an old friend was knocked out of action by illness in mid-March and it is only now that we can enjoy his company again, very nearly three months later. Émile is back but still being careful, lest the ongoing health dilemma flares up once more.

Émile is one of those friends we don’t see all the time but when we do it is good to renew the acquaintance. Émile is named after Emil Gerbeaud, the Swiss-born Hungarian confectioner who died in Budapest aged 65 in 1919 having left his indelible mark on the Hungarian confectionery industry.

Gerbeaud’s company gave us the country’s single most famous coffee house, Gerbeaud Café in central Vörösmarty tér in Pest, and, since mid-2015, the restaurant, café and bakery named after him in the green-belt area Buda. This latter is the friend to which we are finally returning now that the coronoavirus pandemic seems to be on the wane.

When The Budapest Times visits, this June 13, 2020, it is only the third weekend since Émile reopened. For the moment the establishment is operating only on Fridays, Saturdays and Sundays from 9am to 6pm to test the waters after the quarantine lockdown. Special functions can be catered for on other days and times. Further regular opening hours will follow if all goes well.

Saturday, June 13 is rainy but warm and most visitors are attracted to the restaurant garden on the corner of Gábor Áron utca and Orló utca among the trees and chirruping birds of District II. The cabanas and umbrellas offer shade and shelter from the elements.

The villa door opens into the new Cacao café-bakery, where a glass floor section doubles as the ceiling of the wine cellar, giving the feeling of Indiana Jones crossing a ravine on a rope bridge. The Cacao serves fresh cakes and pastries, chocolates, macarons, sourdough breads and sandwiches, smoothies and a couple of sweet breakfasts: cocoa and banana porridge or tapioca pudding, plus eggs and pancakes.

These goodies, such as apricot jam triangles, gluten-free plum pie, beetroot-goat’s cheese pastry and cinnamon rolls, are provided by the Gerbeaud Café, which, after all, has had since 1858 to perfect its craft. 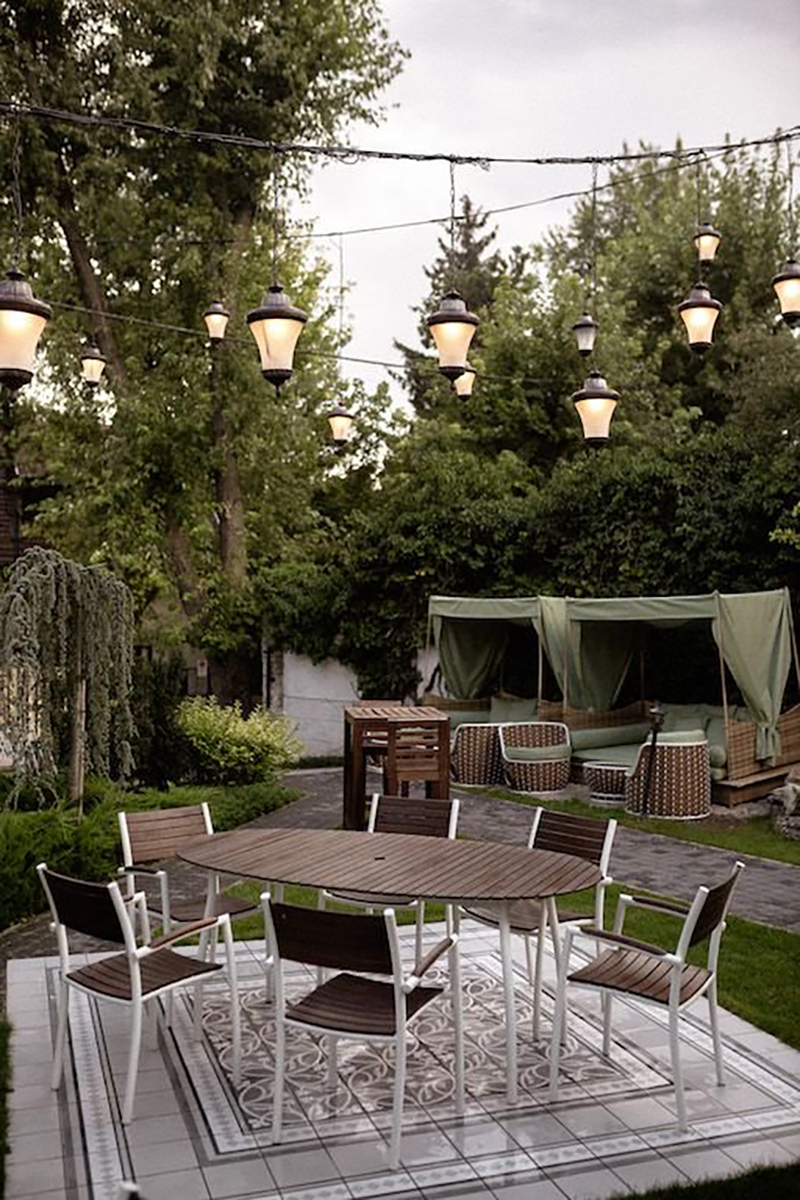 Up above, on the first floor of the stylish building, we find the restaurant itself, namely the Émile Salon. There is also the adjoining Petit Salon where smaller groups of a dozen or so people may hold family reunions, perhaps, or simply talk business. The salons bring us restaurant fare, though this too is temporarily limited until the establishment is fully functional again.

At present the menu, like the opening hours, is limited until the pandemic fades further. Three starters are on offer: Pike Perch carpaccio with radish and citrus vinaigrette, Duck Liver Paté with Vanilla Stout, and the Émile Salad containing a six-minute egg, peas and feta cheese. The two soups available are Sweetpotato Cream Soup with Coconut Milk, and Rooster Consommé From Our Farm.

The latter celebrates the 160th birthday of 2018 using Cacao Barry or Noir dark chocolate developed exclusively for Gerbeaud Café and containing walnut and apricot. This creation involved Gerbaud’s owners travelling to the Cacao Barry chocolate lab in France in 2017 to make the Or Noir 1858 dark chocolate, with a 71.9 per cent minimum of cocoa, in collaboration with the masters there.

Gerbeaud’s/Émile’s own brand of 100% Arabica coffee was created especially for them by the One Eleven Concept Roastery, Hungary’s leading specialty roaster operated by a family in Sopron. Enjoy this, the Zhao Zhou tea or sparkling wine, with salty and sweet snacks at Émile’s afternoon tea between 2 and 6pm.

Finally, the three-month lockdown saw the launch of the Petit Gerbeaud webshop, which will bring a cake, a macaron, a bottle of wine or other favourites to your front door any day of the week.