Legendary restaurant has gilded heritage over more than a century

Written by Christopher Osterberg
Plans to rejuvenate District I’s Déryné restaurant were already in place in spring this year when the COVID-19 outbreak happened and the lockdown period was enforced. So what better time to carry out the thorough revamp and bring back to life the splendour of the building? The health panic isn’t over yet but guests are being welcomed again after a half-year break.

The main changes see the remodelled Déryné bearing an ever stronger interior resemblance to Paris and the turn of the 19th-20th century. The history is part of the fabric and the popular spot has been a city institution on the Buda side for more than 100 years. It began as a coffee house and patisserie that was opened there in 1914 by the Auguszt family, after whom it was named initially and whose name remains prominent on a handful of cake shops in the city today.

After the renovation, the floors now boast square marble tiles, to evoke the timeless atmosphere of the once-famous Auguszt Confectionery. The greatest change, though, is the new hall at the rear, separated by a glass door and recalling a winter garden or palm house. This room was once József Auguszt’s confectionery workshop, now glass bricks allow natural light to pour in. The Déryné bar has received a new, elegant marble counter, too, and little eyesores such as previously visible cables have been put out of sight. 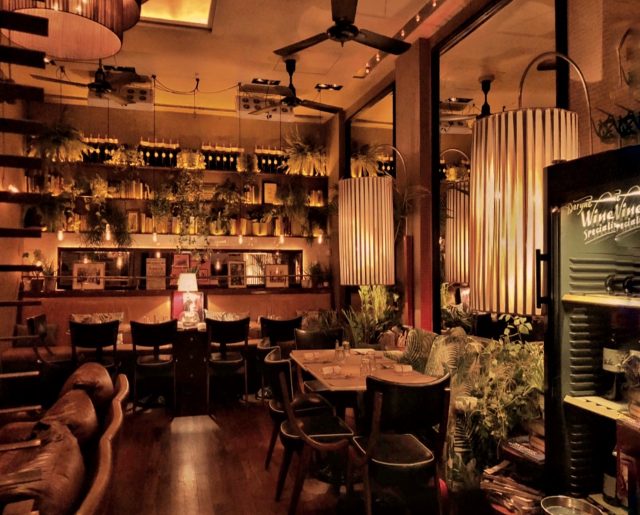 Owner Kristóf Kovács remarks that the new look was actually brought to life by the guests, rather than for them, and the result is typical Déryné, not simply a copy of the great predecessor’s venue but a perfected milieu that is both nostalgic and modern. The feeling is of a soft elegance, an exclusive yet familiar atmosphere, and something unique.

Diners will find the warm reception from attentive staff remains the same when they arrive, whatever the time of day and whether for breakfast, lunch or dinner, cocktail or coffee. It is a family-like service they have painstakingly built up over the years and which is considered more important than hoping for any Michelin stars.

Déryné was one of Budapest’s very first bistros, in the classic, French sense of being a small restaurant serving simple meals in a modest setting. The former confectionery was luxurious and lavishly decorated, becoming a focal point for artists and bohemians in the inter-war period, and was known as the Buda Gerbeaud.

The Auguszts ran their establishment on a very elegant, high-quality basis until 1951, when the communist state took over. The authorities renamed it Déryné, inspired by the once-celebrated actress Déryné Széppataki Róza, born 1793, died 1872, who often performed on a summer theatre stage in Horváth Kert just around the corner. 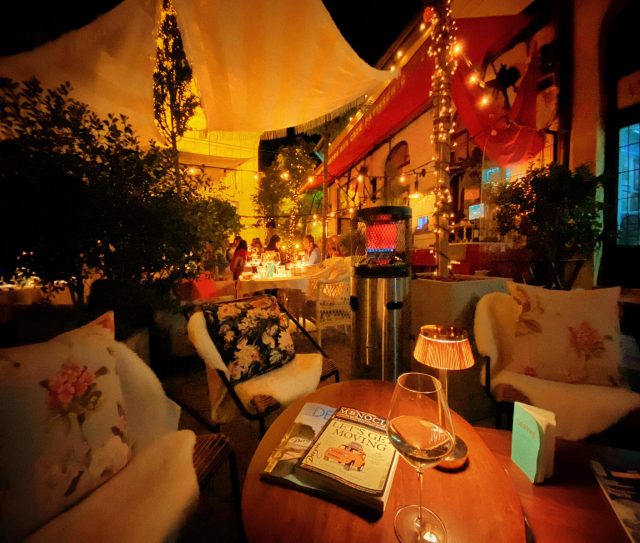 The socialist era does seem to have been a lively period though, with a bar, music and dancing each evening, and plenty of actors around from the summer theatre. But it was also a time of Hungarian ersatz “espresso”, curled sandwiches, no pastries and poor service. Rot had set in.

In 2007 the Kovács family made an offer to the district council and took over. The roof was in a life-threatening state, the kitchen was ancient, there was no ventilation and the 200-year-old basement and its underground tunnels were full of Second World War debris.

Almost a year later the whole place had been fixed up. So the pandemic has proved useful in one sense at least, allowing the further revamp at a time when all such establishments have been suffering.

Kovács is of the belief that running such a venue requires full attention. He keeps a keen eye on international gastronomic trends, collecting ideas and inspiration, and this can be seen in the place’s global approach to cuisine. He spends his time in the relaxing atmosphere at Déryné and lends a hand in the kitchen too when required.

And while the Budapest gastro scene often changes, Déryné has been regarded as one of a kind since it first opened, occupying a unique, central role. The changes on the menu are what regulars expect, with always plenty of novelty. Seasonal comfort foods and familiar classics can all be found.

Sunday Brunch Party greets diners with hand-written welcome cards, oysters and seafood with champagne or prosecco and a special weekend a-la-carte menu with warm breakfast items till 4 pm. Live, soft gipsy music is offered and the kids’ corner with a babysitter takes care of the youngsters while mum and dad relax and enjoy the weekend.

The bistro dishes are kept fairly simple and Déryné claims possibly the largest oyster, caviar and steak selection in town. They dry-age their wagyu, kobe, kagoshima and angus steaks imported directly from Australia, the USA, South America and Japan. Fish is served whole, market fresh and by the weight off the open oyster bar in the main dining room.

The house bakery has more than 40 types of savory and sweet products, available in the breakfast service or in their bakery shop next door.