The house with no address

Written by Marion Merrick
Sydney, Brisbane and Melbourne in Australia, the U.K., the Cayman Islands, the San Yuan Islands, U.S.A., Malta and… Vásárosmiske, Hungary. This is just a shortlist of places where intrepid traveller Kristin Cook has lived, taking in several continents and many countries – and culminating in converting a wine-press house on a hillside above the village of Vásárosmiske, near Sárvár.

“We don’t have an address,” she had informed me matter-of-factly, “but stop by the shop and we’ll guide you up.” Not a soul is to be seen on the main street, but before long Kristin’s husband, Zsolt, arrives and leads the way: we turn from the village onto an unmade road that soon becomes a rutted track bumping up through biscuit-coloured wheatfields and shady woods; bottle-green sunflower plants crowd an opposite field, the flower buds still tightly clenched shut; a plethora of orange dust shrouds our cars as the track jolts us steeply up among woods and grapevines.

“I’ve always been a bit of an adventurer,” says Kristin as we enter the blissfully cool house. “I enjoy looking at how other people live, that’s why I’ve travelled so much – I’ve never been a tourist,” she adds.

Kristin’s first contact with Hungary came when she visited an Australian friend who had a summer house in the area. It was then that she came across the village of Sitke with its 19th-century chateau and suddenly decided she would make this settlement her home. She bought a derelict house that shared a wall with the chateau and set about renovating it – though she could speak not a word of Hungarian – and it was during this process that she met Zsolt. “He was my knight in shining armour,” she beams, as she recalls how he saved her from some unscrupulous dealings involving her builders. 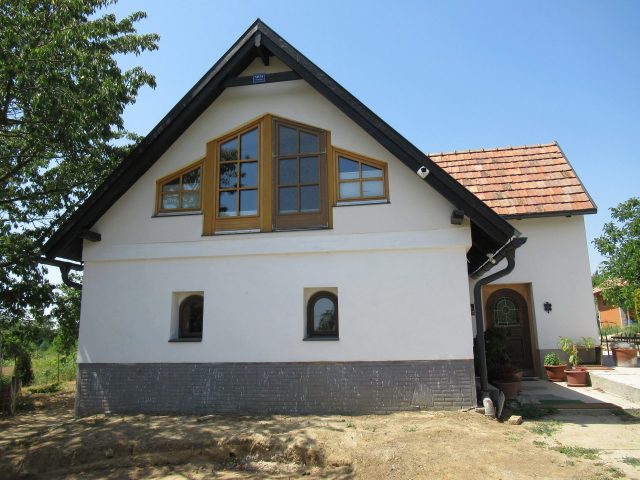 The beautiful wine-press house is more than 175 years old and took four years to convert. Many original features, including wooden doors of the same age as the building itself, were preserved. “I see old agricultural buildings in Hungary and I weep,” says Kristin, “Why aren’t they being saved? It’s a magic part of Hungarian history.” Renovation work has been an integral part of her life: north of Melbourne in Australia she spent twelve years restoring a hotel and tavern, and another few years on her house in Sitke, doing much of the work herself.

“It took two years to persuade the old lady who owned this wine-press house to sell it to us. It hadn’t been used for years but she had an extremely strong sentimental attachment to it. We were so sorry she died before we finished the renovations – we wanted to show her how we’d worked to keep its character.”

As we survey the panorama over the vineyards and hay bales from upstairs, Kristin enthuses, “I wake up every morning and look at this view. It’s heaven! There are deer that cross those fields and we have a fox that comes every single morning and evening to be fed. This is a magnificent country; nature abounds.” 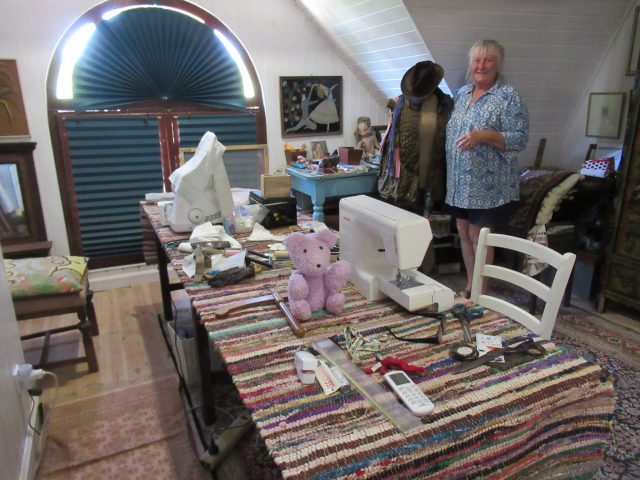 Also upstairs is what looks like the props room of a theatre with bags of fabric remnants on the floor, a sewing machine, tape-measures and scissors, hats and scarves, dolls and a teddy, bric-a-brac of all sorts, Chinese furniture, costume jewellery and a picture of ballet dancers on the wall. “I used to scour the local markets for old cloth,” says Kristin, “I love to do anything creative and this is my work-room.” The idiosyncratic collection offers a visual biography of Kristin’s life with its artefacts and keepsakes from her many travels.

It is this creative aspect of Kristin’s ever-enthusiastic personality that has yet to find an outlet in her life in Hungary. “I’m eager to give something,” she explains. “I like to be involved. In Australia I would volunteer at festivals and in the Cayman Islands I was involved in the theatre – it’s always been a big part of my life. I did write an email to the Nádasdy Festival in Sárvár, I thought I could volunteer there, but I never got a reply,” she says sadly. “That’s a part of me that’s still hungry.”

As Kristin reflects on her ten years in Hungary, she is bemused by the bureaucratic logic that then allowed her to buy the house in Sitke but would not permit her to purchase a car. Like many newcomers to the country, Kristin struggles with Hungarian. “It’s not easy to find English-speaking companionship out here,” she says, “but I was so lucky in Sitke. Having run a hotel, it was natural I would go and find the local pub, and I discovered that the owner was the English teacher in Sárvár! She became the most wonderful friend.” 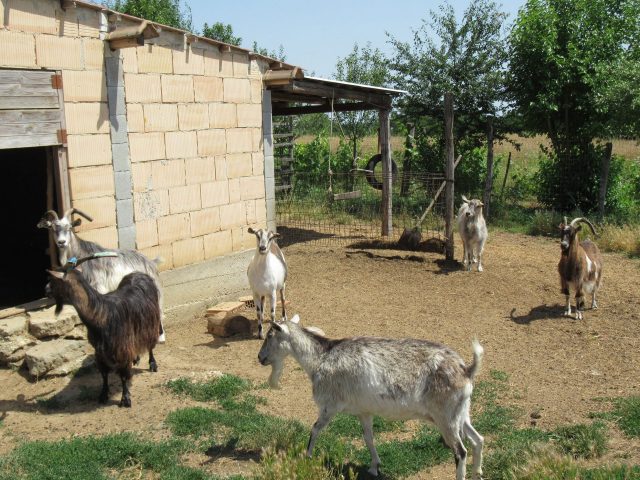 Kristin and Zsolt have bought much of the area immediately surrounding their home. “It’s not that we want the land, we just don’t want anyone to build on it,” they explain. The name of the house – Nyugi (Relax) – is attached to its gable. The land and buildings have been affectionately named: the vineyard is Balázs (its original owner), and there is the Goat Palace that houses their six goats (and several hens) which all have names and provide them with milk to make curd cheese, and there is Kis Nyugi (Little Relax) – an outbuilding with their wine press that is also Zsolt’s domain.

Asked about the future, Kristin says, “I do make five-year plans. If you don’t realise them it doesn’t matter, but if you don’t have any plans you can get very lost! I still want to go to Skagen in Denmark, and to Greece and France and Italy. I’ve planted forty young vines out there – a Kékfrankos and a Cabernet Sauvignon, and I’d like to try making my own rosé wine.”

Kristin pauses, looking out over her raised vegetable beds, the fruit trees, rockery and the half-finished pond Zsolt is making. “This is the life,” she concludes, “we’re going to grow old here.”

In this series of articles, I’ll be looking at those who have come to Hungary to pursue much more ‘local’ Hungarian lives than the usual expat working in the capital for an international concern, and finding out what brought them – and what’s keeping them here…

Marion Merrick is the author of