Weekly Fortepan – Even colours are different in the West

The death agony of capitalism in colour photos

Written by Christopher Osterberg
Passing by Hegyeshalom border village between Austria and Hungary, colours get a different shade. Upon leaving the border and the monotone greyness of the Comecon, colour pigments heighten, neon lights pull you in and lip gloss becomes lively on women’s lips – even though they open for others, not for the average broke Hungarian. From the 1960s on, more and more Hungarians received passports to the West. A hard currency allowance of 70 dollars, a list of addresses of expat friends in the pocket and the indispensable camera on the neck: the following is a selection of colour photos of the obscure object of desire from the Kádár era contained in the Fortepan archive.

The above is the introduction to the latest article in the English-language blog by the Fortepan online repository of Hungarian photographs, and the full text with many more photos can be seen at https://hetifortepan.capacenter.hu/en/color-photos/

The Fortepan digital archive collects and shares Hungarian photographs taken from 1900 to 1990, and currently contains 156,000 pictures. The collection, which does not exist in physical form, was launched in 2010. The archive comes under a Creative Commons licence and the richly illustrated series of articles is free for anyone to use, with due credit.

Fortepan now has an English edition of its weekly blog Heti Fortepan. The latter, in Hungarian, was launched in 2020 in professional partnership with the Robert Capa Contemporary Photography Center. The English-language Weekly Fortepan will be a selection of the Heti Fortepan series. Every second Wednesday morning an article in English is being published at hetifortepan.capacenter.hu/en. The earlier articles can also be seen at this link.

The archive, which is mainly supported by donations, is run by 10-15 editors working on a voluntary basis, and they try to decipher the content of the images on the FortePan megfejtések forum. 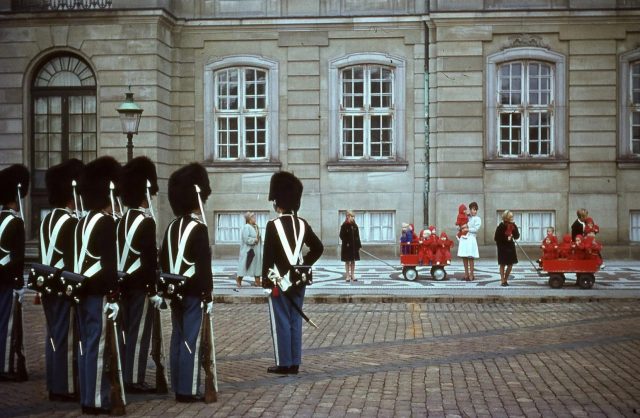 The collection is based on 5000 images collected since the 1980s from Budapest junk clearances. Over the past decade more than 700 donors have offered their photographs to the archive. At first it was mainly families but later photo documentation from companies and professional photographers also found their way onto Fortepan.

Fortepan volunteers simply digitise the images and return them to the donors. Fortepan is an edited archive, and about a third of the images received are uploaded, with editor Miklós Tamási looking for the “meaningful” ones.

The archive is named after the Fortepan negative film produced by the former Forte factory in Vác, which was very popular in Hungary. The blog is edited by Tamási and István Virágvölgyi, curator of the Robert Capa Contemporary Photography Center.