Sport and music at La Estancia club in Etyek

Written by Jan Mainka
Two international teams showed off their horseback skills in front of about 120 spectators in a mid-summer polo party at the Zimmermann family's La Estancia Polo Club in Etyek. As well as the match, classical music and open-air cinema entertained the guests.

Among those present were numerous familiar faces from the Hungarian German-speaking expat community, including Ulrike and Stephan Interthal, Philipp Körbler, Eilika and Georg Habsburg and their children, Peter Knoll, Marcus von der Wal, Katja Schläfli and Martin Aeschlimann, and Mariann Peller. Lothar Matthäus came with the whole family and, to the delight of the audience, showed off his soccer skills on the lawn of the polo club.

A concert by the “Young Virtuosos” Apor Szüts, Daniel Ali Lugosi, Zoltán Bacsy-Schwartz and Carmen Boateng – known from the TV show of the same name –, joined by star guest Placido Domingo Jr. (son of opera superstar Placido Domingo) took place in the afternoon. The grand piano was transported to Etyek especially for this concert. 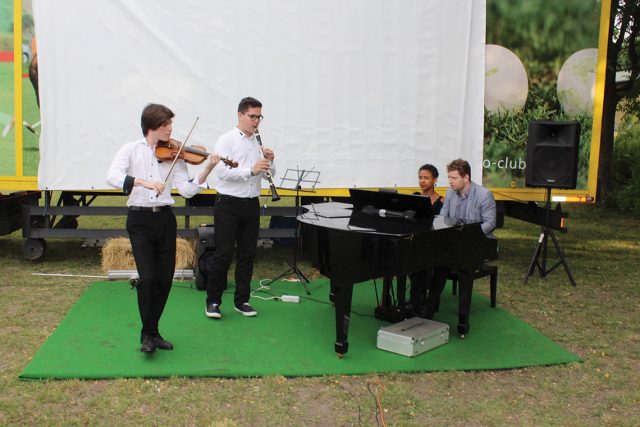