Written by Marion Merrick
There can be few less likely places to meet an expatriate from the UK than in a cemetery in the north-eastern city of Nyíregyháza, some 70 kilometres from Hungary’s border with Ukraine. It is in this extensive burial ground that Nigel works as a stonemason.

As we drive through the gateway, the elderly flower-seller smiles and gives Nigel a friendly wave. A labyrinth of small, earthen paths criss-crosses the cemetery under the boughs of enormous trees shading the small, wooden benches positioned alongside the immaculately-tended, flower-laden graves.

Nigel grew up in rural Worcestershire before joining the Infantry of the British Army straight out of school, following in the steps of his grandfather. After transferring to the Royal Armoured Corps, he was sent for a six-month tour of duty to Afghanistan in 2009.

“As a soldier I felt quite proud to be going,” he says. “We were doing reconnaissance in armoured vehicles, looking for the Taliban. The first four months were okay but then they learnt where we were; they lured us to where there was a bomb waiting – you’d watch as one of the vehicles in front rolled over a bomb… you’d get fired at from ten different directions. Then there were the IEDs (Improvised Explosive Devices) and old Russian mines… ” he tails off.

“We’d have to go and check out the area. You’d knock on someone’s door and if they don’t want you there, you’re going to find a Kalashnikov in your face. You can never be prepared for that sort of situation. Yeah, after the first four months I decided I was never going back there. I left the army when we got back to England – there were soldiers who’d been in for ten, twelve years, but after this they said they wouldn’t go back.” Then laughing, he adds, “Well, at least I’ve got all my limbs and I’m alive!” 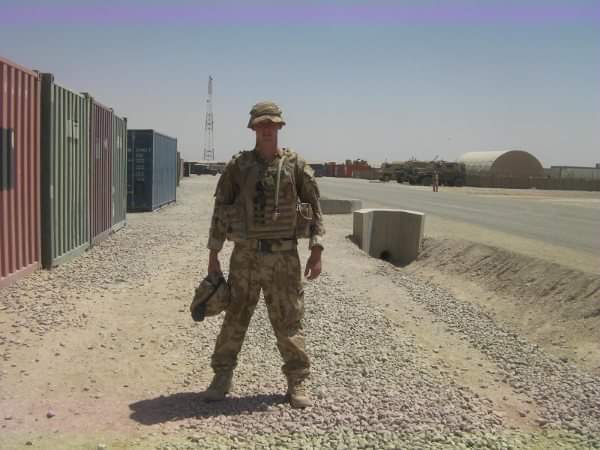 Nigel found work in Southampton but admits, “Maybe I was a bit of a mess when I left the army.” Aside from the practicalities of everyday living which he had not had to concern himself with in his military days, he was having bad dreams and drinking, and his friends were becoming concerned about his aggressive outbursts, suggesting he seek help. It was during a six-week hospital stay under the auspices of the army’s “Combat Stress” programme that Nigel was diagnosed with PTSD (Post-Traumatic Stress Disorder) and underwent therapy.

Following his discharge, Nigel continued to work, and it was then he met his Hungarian girlfriend, Barbara. “My mentality definitely changed. She screwed my head on,” he says, laughing. “And after about eighteen months we had our son, Alex. Having a child changes your perspective on everything.”

There then followed a period of stays in Barbara’s native Nyíregyháza, alternating with time working in Southampton. “Once, we had a stay in Nyíregyháza for four or five months,” says Nigel, “and then we went back to the rain in Southampton, and we were thinking: what are we doing here?”

Not long after, a house came up for sale in the road where Barbara’s father lived in a rural area outside Nyíregyháza, and so they decided to settle there. “If I walk outside my house, there’s just nothing, just countryside, it’s amazing. Farmland, agriculture, deer, rabbits – it’s peaceful. We’ve planted lots of acacias and maples on our land.”

He pauses and then adds with feeling, “This is my home, it’s where I live, a real community; there aren’t too many people around and we all help each other out. I was concreting my garage floor and the neighbours just came round with a crate of beer and helped me. I can’t imagine my English neighbours coming to help build my garage!”

Through a friend, Nigel was offered work at the cemetery as a stonemason. Having previously worked in construction, it was not too great a challenge, other than the language barrier which – with his developing Hungarian and their rudimentary English – he has overcome. 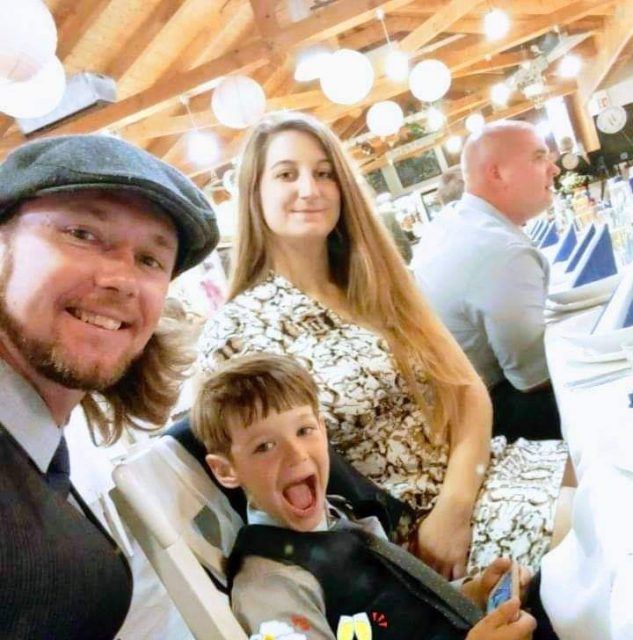 “I’ve worked here seven months,” he says. “The people I work with are great. There’s no stress here. We make gravestones in the workshop, and we prepare the concrete underneath them outside,” he says, pointing. “If someone wants a nice headstone for a family member, this is what I’m making.”

Currently, Nigel is trying (against the combined obstacles of Covid and Brexit) to organise his wedding in Nyíregyháza to Barbara. “I definitely like being here more than in England. The weather – proper seasons – in England you just get rain and cold! Good people, good family, and the food! I love the food: my favourite is marhagulyás, and halászlé from the Tisza, and Tokaji wine – I’ve never tasted wine like that before!”

There is one thing he misses from England, though. “Steak…I miss it so much. You can buy it but it’s probably cheaper to buy a whole cow!”

Nigel enjoys gliding at a local club, though expense limits how frequently he can go. “Flying up in the clouds, your mind is just blank. It’s good.”

Asked how he feels about his life generally, Nigel says, “I’m content with where I am now. Being here has contributed one hundred percent to my mental health. I haven’t had those dreams about Afghanistan for almost a year.”

Nigel has finally laid his ghosts.

In this series of articles, I’ll be looking at those who have come to Hungary to pursue much more ‘local’ Hungarian lives than the usual expat working in the capital for an international concern, and finding out what brought them – and what’s keeping them here…