Who still buys these things?

Written by Alexander Stemp
2020 will be remembered for one thing, the unforgiving COVID plague. Need I say anything more? This will follow into the new year for sure. But despite all doom and gloom, at least this summer was better than expected. As for those who were fortunate enough, like myself, to actually go on holiday, we were the lucky ones. But perhaps those relaxed terms came too soon, as regrettably the plague made a savage return this autumn and will remain here indefinitely for now.

Trying to find another escape route may be more difficult when it comes to Christmas. Who knows what government measures could be in place then? But one thing is for sure, Christmas this year, except for the religious aspect, in most cases is cancelled. I wonder if this applies with some of the shops too?

I say this because recently I went to a hardware store. As I went about my business, all of a sudden I was set upon by a mass overload of Christmas decorations. I was aghast, considering this was still October and such matters were totally off my mind. 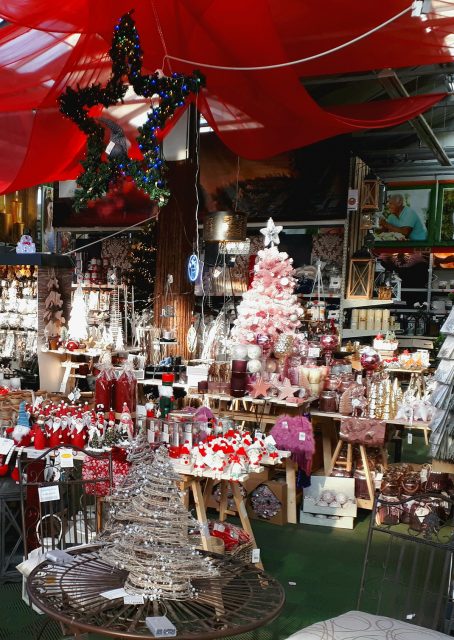 I then thought, if Christmas is to be cancelled, at least there may be some ironic cheer with these spoof figureens –  target practice perhaps? Or better still, mass consumer rebellion against these things bestowed onto the public each and every year, by making them redundant, as avoided as much as the plague. I quickly hurried away, and I was not alone, as other passers-by obviously felt the same way.

I hate to be grumpy and spoil anyone’s festive fun. I must be grateful to a certain point, regardless of how silly the supermarkets are at this time of the year. In much of Western Europe, this marketing cabaret starts even earlier.

Along with the plague, I hope these environmentally damaging reproductions will one day vanish. The thought of being in quarantine yet again, but this time with this lot, fills me with double dread.

Hopefully, if not supported, these more commercial enterprises will eventually have greater commonsense, and place something better on the shelves when it comes to next year.

But don’t get me wrong, some of the real, genuine ornaments along with these important festivities are delightful, but clearly found elsewhere. It’s the more traditional and less excessive side of such events I support. So then, and only then, and not a moment before, it could be a merrier and less demanding Christmas after all.

Besides, regardless of many opinions, I think I can safely say that 12 days, as compared to 12 weeks of the-same-thing, is plenty.