Where are the shoppers?

Váci utca as never before

Written by Alexander Stemp
It was remarkable, as well as perhaps not too surprising, to sense a quieter than usual and general emptiness within the city's most illustrious shopping district, Váci utca, one week before Christmas.

Before taking these photos, in mid-week, it would have been foolish to expect a big, ambitious shopping frenzy taking place under current health circumstances. But I was hoping for this neighbourhood to be at least slightly busier.

Instead a solemn and sedater than expected atmosphere proceeded before me when passing through, which caught me out. As this reminded me of a sleepy Sunday morning atmosphere with minimal noise, congestion and general activity all around.

OK, we know it’s not the same without the Yuletide market stalls, thus providing additional cheer as well as large crowds. But at least there is some splendour with the Christmas tree and lights now in place.

Although the twinkly decorations are clearly there, lining the streets, the people were not.

Perhaps a mad rush may occur after the weekend. Certainly this would perk up the desperately bored shopkeepers and hopefully keep some businesses afloat. But until then, those in the retail trade, alongside their fleet of shops, have probably never witnessed anything like this within these promenades in living memory. 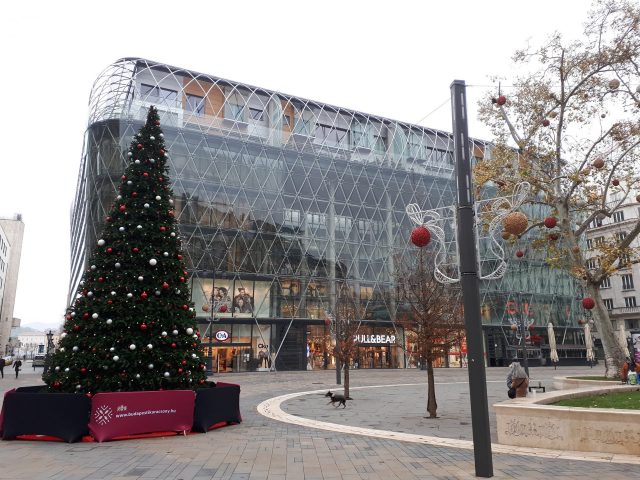 Although restaurants are closed, it was good to see some were still relatively busy, dutifully serving takeaways to the office workers close by.

Despite goodwill relating to the Covid restrictions, the sense of worry and uncertainty still looms. What will eventuate in the new year after this precarious time continues to be anyone’s guess.