The most overlooked landmark in the city

Written by Alexander Stemp
Of all the main city landmarks I have come across, the Szabadkikötő Budapest Dock at the northern tip of Csepel Island may not necessarily be the least known but it surely must be the least referred to. Perhaps it's not so surprising, as what is known about this international port, built in 1928, and its not so accessible area, is often too brief and minimal to consider with any real further interest. Other than what it initially is, a port side, and not much more, which is a pity.

There is some heritage within this industrious “cog” alongside various artefacts from years gone by, which are there on display (as well as seen online). All would make a very intriguing visit, if achievable. Until then, to see “anything” relating to this place close up is another matter. 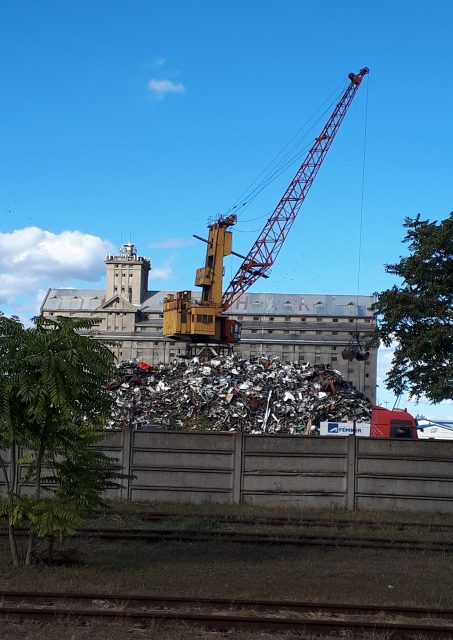 The Szabadkikötő has no public exhibition hall, not that it matters too much, but consider all the romance and intrigue of ships journeying to and from this focal point via the River Duna, the Black Sea and ports from all over the world.

Therefore, to document the Szabadkikötő and present this would be very worthwhile. This would not only attract tourists to this underrated district but would be another “attraction” for the city. Perhaps one day this may happen.

Until then, should one be passing through this distinctly working-class neighbourhood, one can surely appreciate the gravitas and generic ratio that the Szabadkikötő premises have. Their fame and familiarity are minimal compared to London, Gdansk or Riga, which are characterised for their docks. But remarkably not here, as they remain continually “silent”.

Perhaps there are reasons, for how can the not-so-illustrious Szabadkikötő compare to such splendours of this city as the Blue Danube?

As for my involvement with this matter, this only came to attention when during “early days” in the city by chance I was cycling past. Finally, after several returns, I felt compelled to write this briefing, as so few know anything about the dockland of Budapest.

Should eventual permission allow, an invitation there would be fantastic. Until then, the only way to see something of this impressive tract of land is, in my case, to cycle around its perimeter to catch a glimpse of the iconic, oldish and easily spottable “Grain Store” and various cranes.

But to achieve seeing this area with far less effort, take the number 7 HÉV line at Boráros tér. Step off at the Szabadkikötő stop and take in a birds-eye view of the premises from the immediate platform. Beyond this point, it’s all road, river, rail connections and general infrastructure relating to containers, warehouses and trucking companies.

To round off the occasion, make your way from this HÉV stop to the eventual Duna creek by proceeding further southwards on the main Weiss Manfréd road (named after the famed local industrialist, 1857-1922), “turn first right” and continue all the way on the strangely named Petróleum utca. 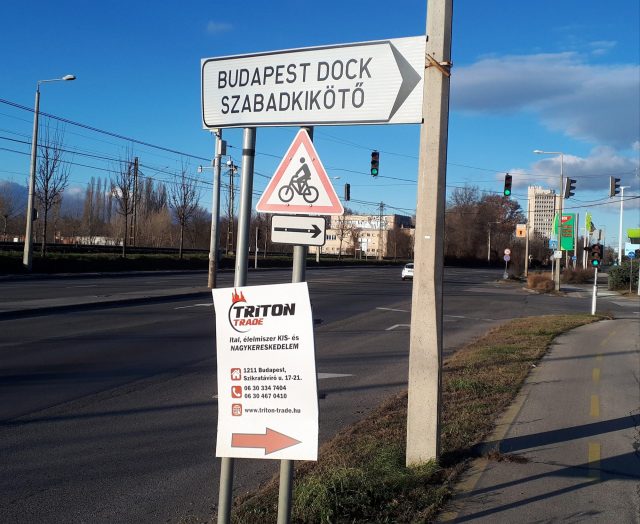 This is a shabby, rundown alleyway that leads directly to Petrol-öböl, which translates as “Petrol Bay”, where one can see the Duna in its splendour with Budafok (another direct view from there awaits) on the other side. You will then see the immediate riverside creek that clearly leads off from the main river flow to the eventual closed-off Szabadkikötő port-side.

From there, take in the wonder of this immediate area. I guarantee so few people will pass by, if any. Beyond this point, make your way to the better known Csepel Művek compound. This is a rewarding experience, albeit not for everyone. I still hope one day to enter the Szabadkikötő premises. Then and only then will my sightseeing ventures here in Budapest be fully complete.