Written by András Török
If you are confronted with the recurring problem of giving a Christmas present to your expat friends, don’t commit the terrible mistake of giving him/her bottles of Unicum or Tokaj wine, or extra-hot red paprika in a cloth bag. The following ideas will put you ahead of the rest.

Modern print of a 1930s photograph

Several of the world’s most renowned photographers came from Hungary. Kertesz, Brassai, Munkacsi, Capa and others. But whilst they were making their names abroad, their lesser known contemporaries stayed behind. Now, beautiful modern prints of some of their photographs are available at very reasonable prices from the Mai Manó Ház bookshop, and are great for home decoration. Although the exhibition spaces of Mai Manó are temporarily closed, you can purchase your Christmas gifts online. https://maimano.hu/eng/home-mai-mano-house

A subscription for the Hungarian Quarterly

This is a serious title edited in Budapest, with a lot of fun reading – from poems and short stories to reviews of the cultural scene and essays on history and the contemporary social scene. It is well-designed and a great feeling comes from leafing through it, even if one doesn’t read it from cover to cover. This is an English-language entrance to a “culturally over-developed country”. Don’t be deterred by the fact that the paper can now be accessed through the internet. It is not the real thing – in this case. (www.hungarianquarterly.com) 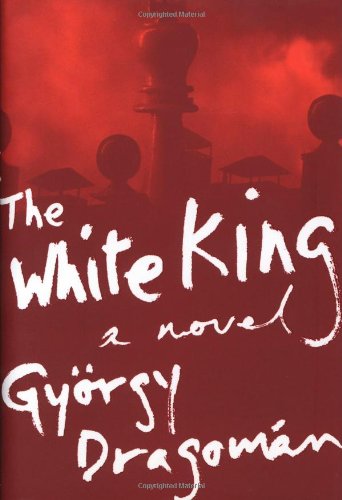 This novel is a dark and funny tour de force from a child’s perspective, set in the Hungarian community of the Transylvania of the Ceausescu regime. Every chapter could be a short story in itself, with the fun, unpredictability and originality of Huckleberry Finn (no kidding). As it was translated into about 30 languages, it is likely that you can buy it in the native language of your expat friend, other than English, if needed. (Libra, District VIII, Kölcsey utca 2; Bestsellers, District V. Október 6. utca 11).

Young (or early-career) Hungarian filmmakers have produced some great movies in the past ten years. To buy three of them on DVD with English subtitles (and to put them in a fancy box with a tailor-made cover) is fun. If I were you, I would certainly include “Kontroll” (a hilarious and original comedy on the daily life of metro controllers, shot entirely underground), “White Palms” (the Bildungsroman of a talented gymnast in the late totalitarian Hungary) and “Taxidermia” (a complex, poetic and funny history of three generations in Hungary, loosely connected, a very memorable film indeed). Odeon art video rental will most probably have them, if not, they will order them for you, or will give you even better ideas. (District XIII, Hollán Ernő utca 7. Tel.: +36-1 349-2776, http://www.odeon.wlap.hu/e-mail/).

Any CD from the Bartok New Series

Probably the greatest artistic effort in this part of the hemisphere, this is a fresh and new series of recordings of Béla Bartók (1881-1945) based on the genius of Zoltán Kocsis (1952-2016, pianist and conductor, music director of the Hungarian National Philharmonic). It was initiated by a private donor, financed by the National Cultural Fund and overseen by a group of experts (who also constitute the board of a foundation created for the project). So far 15 CDs have been released, many of them winning prestigious awards. The series is half completed now.

The Cirko-Gejzir cinema is a 15-year-old, two-hall, highly original place. It is an importer of some of the most original European movies including Danish pieces such as “After the Wedding” or “Adam’s Apple”). It is situated on the Pest riverfront, between Parliament and the White House. The gift card costs some 70 euros, and you will be able to visit the cinema any number of times, post-pandemic. You can even get a tax receipt, since formally it is a donation for the foundation. Meanwhile, during the lockdown watch their films online for half the price of a regular ticket. (District V, Balassi Bálint utca 15-17, https://www.cirkogejzir.hu/berlet/).

And best of all: a personal tour of Budapest

Expats are probably well-aware of the usual sights, which they have probably shown around to their own visiting friends.

They are likely to know the “hidden treasures”, such as “The Small Museum Tour” and the like. Instead, give them a choice of itineraries based on your personal life:

– neighbourhoods I have lived in,

– neighbourhoods I dreamed to live in,

– neighbourhoods where girls/women who I dated lived,

With a little planning you can put together a great tour, with some insight into your personal life.

András Török is an author, lecturer and a long-time observer of the Budapest urban scene. His books on Budapest can be seen at his website Budapest: A Critical Guide