"We cannot ignore the lessons of the past one hundred years," the prime minister said.

Written by BT/MTI
One hundred years after Hungary's defeat in the first world war and the post-war Trianon Peace Treaty "we Hungarians stand on the stage of European history as the champions of survival", Prime Minister Viktor Orbán said at the inauguration of the National Cohesion Memorial.

“There is no other nation in the world that would have survived a century like this,” Orbán said at the memorial at Budapest’s Kossuth Square before a class of graduate military officers on the national holiday celebrating St. Stephen, Hungary’s first Christian king.

Hungary’s reckoning over the Trianon Treaty on the centenary of its signing this past June has allowed the nation to declare an end to “the era of Hungary’s hundred years of solitude”, the prime minister said.

After the collapse of Czechoslovakia, Yugoslavia and the Soviet Union, Hungary became the largest economy and most populous state in the Carpathian Basin, he said, adding that “this comes with responsibilities that we can’t shy away from”.

“We cannot ignore the lessons of the past one hundred years,” the prime minister said.

Orbán said this was the reason why his government had enacted the laws of the “nation-minded policies of the new era”, declared Hungary’s interests and intention to participate in a central European alliance based on national sovereignty, freedom and common interests.

“On August 20 we must remind ourselves that independent statehood that guarantees a nation its own homeland is more of an exceptional state of being than a natural one,” Orbán said.

“A people that desires its own homeland and wants to live its life according to its own laws and customs – like the Hungarian people – must fight for its sovereignty and freedom every minute of its existence,” he added. “We must remember the strength, determination, talent, blood, sacrifices and valor required for us to be able to stand here today.”

Addressing the graduate officers, Orbán said few of them knew the role they would play in shaping the future of “a Hungary that is in the process of regaining its self-esteem, breaking free of the hundred years of captivity of Trianon . and ridding itself of the miserable gown of defeatism and subservience.”

Orbán said the “simple truth” that “life is a duty” was what would give life to the country’s economic prosperity and offer guidance to new generations.

“Selfishness has ensnared European life but those who aim to fulfil their duties will never lose their way,” he added.

Orbán said he believed that the new graduate officers embodied the “ideal of the Hungarian soldier ready to use his weapon, or if need be, lay down his life to perform his duty”.

The fewer people there are who perform their duties the harder others will have to work to perform theirs, he said, adding that this was the mission awaiting Hungarian military officers.

Concerning the newly-inaugurated National Cohesion Memorial, Orbán said it was worthy of completing “the panorama of the nation’s main square”.

The prime minister said his government had fulfilled the duty it had undertaken on the occasion of the 100th anniversary of the Trianon Treaty.

The centenary of the treaty’s signing was declared the year of national cohesion and the anniversary was commemorated, although the threat posed by the pandemic made it impossible to organise a complete event. The lessons to be learned from the past century and the loss of Hungary’s territories were analysed and confronted by academics, representatives of Hungary’s cultural life, ethnic Hungarian communities beyond the border, churches and politicians, he said.

Orbán said Hungary now not only had to declare that it has survived but also that “flying its flags high and having regained its self-esteem, it stands on the verge of great times and ready to win”.

Hungary is a safe home that is prepared to welcome everyone back who wants to be a part of building the nation, the prime minister said. “After a hundred years we’ve finally understood that Hungarians can never again afford themselves the luxury of weakness.”

Orbán said the seven tenets of Hungary’s nation-minded policies in the 21st century were that the homeland exists only as long as there is someone there to love it, every Hungarian child is a new “lookout”, truth is worth little without power, Hungarians will only get to keep what they can defend, “every match lasts until we win”, it is the country, not the nation that has borders and that no Hungarian is alone.

He said that while Hungarians celebrate their national cohesion, “Europe’s ship has become stranded and its position on the global political stage and in global trade has taken a hit.”

The “uncontestable advantage” of European nations, the European spirit and technology is no more, the prime minister said.

Orbán questioned whether European leaders were up to the task of reinventing the continent’s politics and economy and whether the nations of Europe would understand this and accept the effect it had on their lives and find their way back to “the world of hard work, sensible management and a responsible lifestyle”.
Orbán said western Europe had given up on the vitality that lay behind the “greatness” and success it enjoyed for the past thousand years, the “spiritual depth of life”, the happiness afforded by marriage and having offspring and the “spiritual energy of national cultures”.

“In other words, western Europe has given up on Christian Europe,” Orbán said. “Instead it’s experimenting with a godless cosmos, with rainbowing families, with migration and with open societies.” 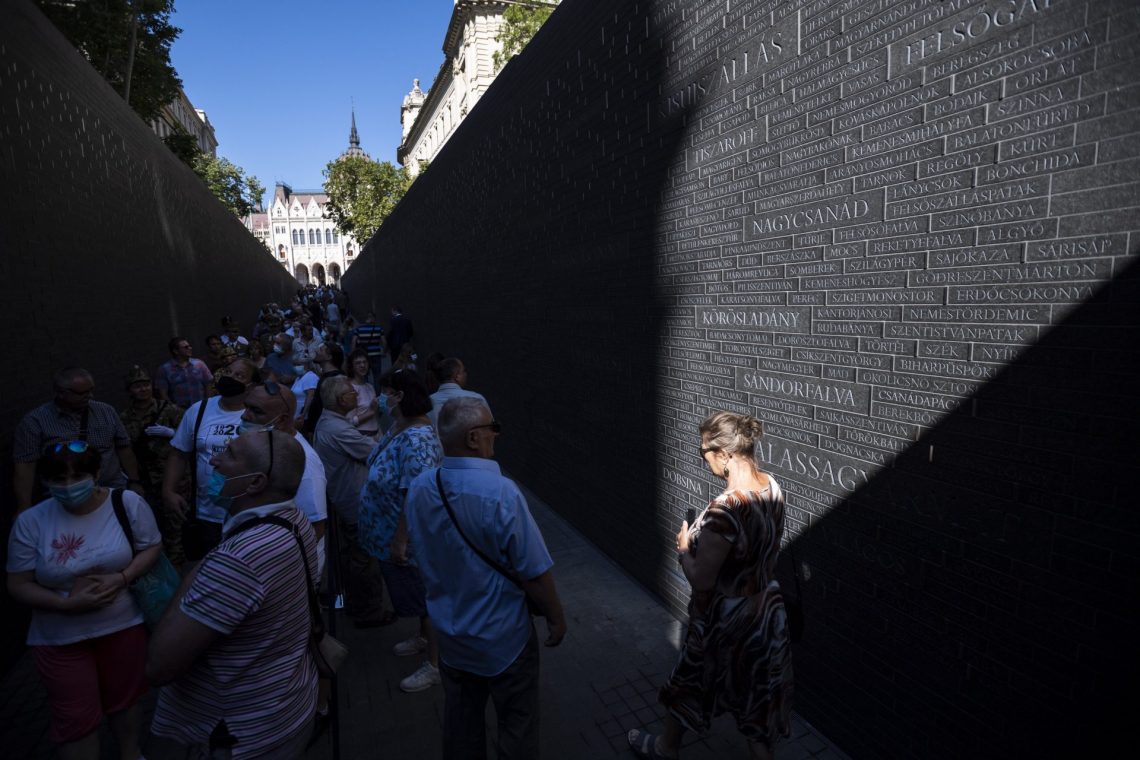 Meanwhile, the nations of central Europe honour their ancient life instincts, the liberating power of Christianity, respect for work, national pride and their responsibility for their children and parents, he said. “This is why we protect our borders and leave our homeland to our own children instead of migrants.”

Orbán said the West had lost its appeal to central Europeans, while “they don’t consider central Europe a desirable world either”.

Europe must find a way forward in which neither half forces its way of life and worldview onto the other, he said, adding that this was “the alpha and omega” of European unity today.

Leaving it to foreigners to shape the life of central Europe will only lead to divisions, hostilities and subservience, he added. “It will allow others to reap the benefits of our valuable labour and world-class intellectual accomplishments and use it to increase their own power,” Orbán warned.

He said it had been centuries since central European countries last had as good a chance as they do now to shape their own fates.

Hungarians must now prepare to cooperate and remind their friends that “the stars won’t be aligned in our favour forever”, he said.

Orbán said the memorial symbolised that Hungarians were the heirs to “everything our ancestors built in the Carpathian Basin and contributed to humanity in the world of culture, science, the economy and sport”.