One-off distinctive village in midst of the busy city

Written by Alexander Stemp
The Wekerle estate, or Wekerletelep as it is known in Hungarian, is a small exclusive neighbourhood tucked away unexpectently in Kispest, District XIX. This suburb became part of Budapest only as recently as 1950, alongside other neighbourhoods such as Zugló and Újpest, thus creating the greater city. Construction of Wekerle itself took place between 1909 and 1926 with a remarkable combination of Hungarian Art Nouveau, earthy Transylvanian Gothic styles and touches of English garden culture.

The estate is rectangular, with the boulevards running equidistantly from the middle outwards like a spider’s web. Directly in the centre is the main feature, a delightful parkland and community area designed by and named after famed Transylvanian architect Károly Kós (1883-1977). Other talented architects such as Lajos Schodits, Béla Eberling, Dezső Zrumeczky, Gyula Wälder and Dénes Györgyi, and a host of students from those times, also contributed to the Wekerle well-being. 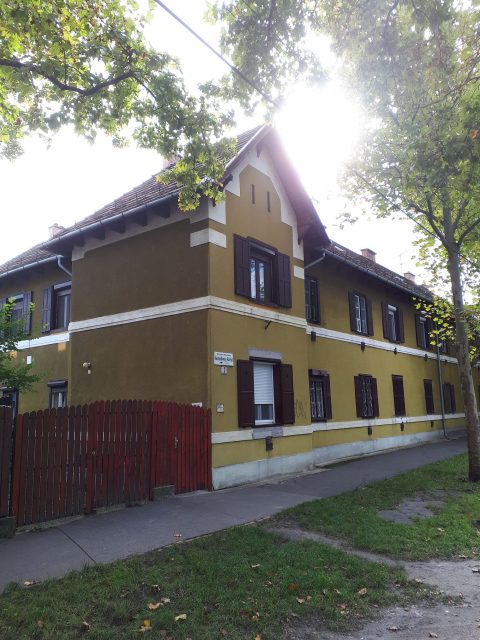 This entire 1.7-square-kilometre estate was named after Prime Minister Sándor Wekerle (1848-1921). His was the idea of building communal and artistic one- or two-storey houses, as well as apartment buildings containing up to 12 flats, alongside gardens for government employees as well as for the general workforce alike. His reasoning was that people from rural areas, moving closer to the city, should have their own plot of land, thus feeling more at home when finally moving in.

Wood carvings alongside staircases, balconies and archways are a regular feature. The boulevards have large sycamore trees. Some create a majestic green arch and provide much-needed shade in summer. The rich greenery adds further pleasantness to this built-up area, reduces general noise and pollution, and offers a habitat for various wildlife.

Around the central Károly Kós square are a variety of two-storey houses that are now mainly apartments. There is a church and a few shops, and alongside the serene avenues of trees are distinctive rooftops of coloured tiles, a characteristic feature of the estate.

It comes as no surprise that this fanciful and unique garden city area is now very sought-after and is an exclusive feature on the housing market today.

The clever layout of streets and well-established trees makes the neighbourhood more sedate than most. The heavy traffic to and from the city is close by but bypasses this immediate area and has minimal interference with the fanciful neighbourhood.

What finally becomes clear, the main basis for life here is to provide a self-sustaining garden city that combines the advantages of city life with a countryside-like existence in a community of its own. Needless to say, perhaps, but immediately beyond this lush area are the all-too-familiar tower blocks, modern-day shops and traffic congestion, including the heavy-going airport road. 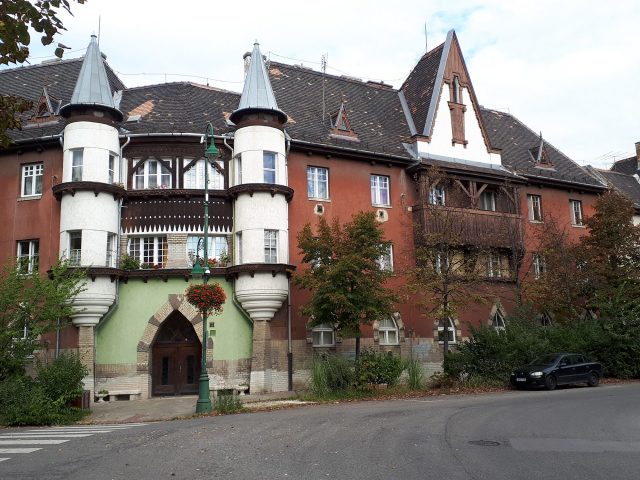 This unique urban dwelling, with its 11,000 inhabitants, is clearly a one-off and would make a fine film set relating to former times. Little has changed in ambience since the estate was completed.

Remarkably the Wekerle oasis has missed becoming a tourist attraction and remains a locals-only hub with high touches of vintage nostalgia. It’s an intriguing day out.

How to get there

Take the M3 (blue) underground line to either Határ út or to end stop Kőbánya-Kispest and follow the bicycle lanes that lead more or less there. The number 99 bus, taking 20 minutes, leads directly from central Blaha Lujza tér to Károly Kós tér.

When in line of sight, head towards the period wooden and stone gateways that finally lead to the leafy main square. From there orientate yourself around the immediate area. My advice is see Wekerle now unless it becomes a tourist shrine.