A brief look behind the scenes of the legendary river

Keeping the Danube shipshape: how blue, and green, is it?

Written by Alexander Stemp
Much has been said about the illustrious River Danube and all its splendour in chronicles and popular culture alike. But beyond the flotillas of over-told stories, tourist puns and endless clichés, there is the less obvious managing of the extensive waterway that must take place for the benefit of everyone, including composer Strauss to preserve the legacy of his spirited “Blue Danube”. The immensity of this operation requires continual maintenance from various organisations, before tourism is even considered.

The Danube has always been a vital Black Forest to Black Sea trade link, with Budapest en route. A total 2415 kilometres of its overall 2850 kilometres length is navigable. Remarkably, the Black Sea today also links up with the North Sea, via the 170-kilometre Rhine-Main-Danube Canal that connects Kelheim and Bamberg in Germany. Since the canal’s completion in 1992, both the Danube and Rhine are now part of a trans-European waterway from Rotterdam in the Netherlands to Sulina in Romania, with 3500 kilometres in between. Theoretically, one could “sail” from London to Kyiv without halt via these two seas and the River Dnieper.

This international passage, which wends through Germany, Austria, Hungary, Croatia, Serbia, Bulgaria, Romania, Moldova and Ukraine, is only navigable for most large ocean ships from the Black Sea for the first 170 kilometres inland, to Braila, east Romania. Then it’s all change for the millions of tonnes of cargo as smaller craft take over to continue upstream until completion of voyage. Spectacular sights line the way, in particular the Kazan Straits where Romania joins Serbia, Belgrade, Budapest, the Danube Bend in Hungary, Bratislava, Vienna, Linz and many more.

Apart from a few minor and secondary routes leading away from the Danube, the only major navigable rivers that link up to it are the Drava and the Tisza, which both also feature in Hungary, and the Sava, which joins to the world-famous river in Belgrade.

There are 46 ports of international importance along the entire way, as well as some minor ones. Port-sides in Hungary alongside the Duna, as it is known by the locals, include Győr-Gönyű, Komárom, Dunaújváros, Dunaföldvár, Baja and Mohács. There is also the Szabadkikötő dockland at Csepel Island, south of the capital. Large-scale vessels up to 110 metres long and 12 metres wide can occasionally pass through.

To achieve a sufficient navigational system, the Danube Commission was established in Belgrade in 1948 to provide, develop and ensure smooth running, general efficiency and free-flowing navigation. The commission was set up by seven countries (then) bordering the Danube. Members today are representatives from Austria, Bulgaria, Croatia, Germany, Hungary, Moldova, Slovakia, Romania, Russia, Ukraine and Serbia. 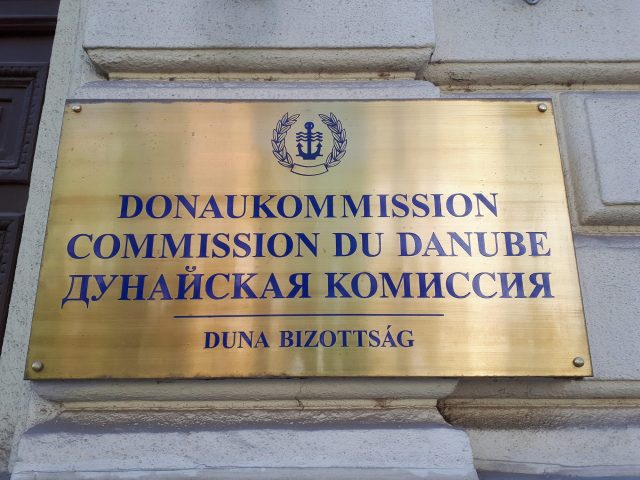 The organisation’s aim is to continually improve navigational conditions and provide forecast information for all crews alike. In addition to the regulations, the commission promotes good economic and cultural relations between all the member states, as well as with other countries. Since 1954 this authority has been based in Budapest. Its official languages are German, Russian and French, as clearly cited at its front entrance on Benczúr utca in District VI.

Then there is the International Commission of Protection of the Danube River, based in Vienna. It works more with environmental issues that clearly relate to today’s values. Other organisations also provide solutions and assistance towards general maintenance, safety and all-round improvements to the river itself, the shorelines and anything related to a better balance of nature, including tackling dangerous waste and general pollution.

Water depth “allowance” must be considered, as occasional limitations for each ship have to be recognised before sailing. Weather conditions and high or low water levels frequently vary. Then there are the occasional floods, unexpected rocks, ice and underwater currents that have to be worked around. Climate change means continually adapting to new conditions. There may be less snow and heavy ice on the river these days but springs and autumns are significantly shorter than before and summers are hotter and longer.

All this comes before the final compromise that must be made about how much cargo is allowed on board to balance out these delicate proportions, and prevent any vessel from either drifting, getting stuck, overturning or so forth (remember the recent Suez Canal blocking). Regardless of actual weather and general water quantity, for a quick referral, the minimum recommended safety requirement for depth of water beneath any large cargo ship is 2.5 metres to avoid all possible obstacles.

For the future, it’s a priority to modernise the Danube fleet towards eventual zero emissions, part of greening ships and harbours to meet modern-day standards and overcome environmental concerns. Currently, the coronavirus pandemic has placed many rivers at a critical crossroads with having to adapt to new challenges.

Consider also inland relations, transnational cross-border co-operation and loading on and off. Port hinterlands, especially roads and railways, must enable effective transit of goods for the next stages. As for the administrative side of things, updated and approved travel documents and Customs clearance forms must be provided, plus much more. Crews and workforces need to be organised.

When it comes to supporting Danube tourism projects, the scope is enormous. Benefits can be assured, provided anything “new” will be sustainable. There is no shortage of attractions for active and passive holidaymakers alike, with plenty of national parks along the river as well as many on -the-spot leisure vessels, in particular the very busy Budapest-Szentendre-Esztergom-Vienna service that operates daily.

The Danube delta, known as the Delta Dunării by Romanians, is the largest river delta in the European Union and is spectacular. The greater part of this unique biosphere reserve lies in Romania and is accessible for ships and general traffic alike at Tulcea. Its smaller, northern part is situated by the southern Ukraine borderline. Both parts are the last downstream stop before the Black Sea.

The delta is about 4000 square kilometres, home to an abundance of wildlife. This impressive expanse of water, islands and reeds from Tulcea directly to the Black Sea itself became a UNESCO World Heritage site in 1991 and is very much worth a visit. 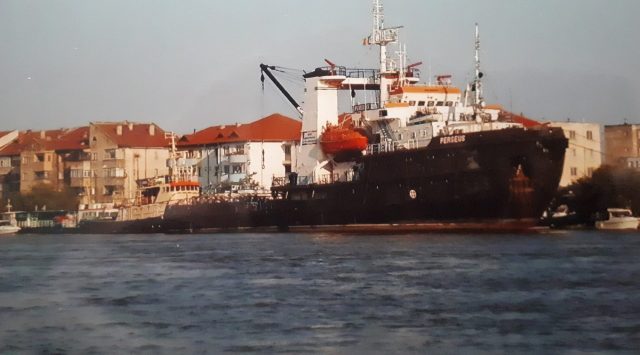 The lakes and marshes host innumerable freshwater fish species. The wetlands support vast flocks of migratory birds with over 300 species, including the symbolic storks and pelicans. Fishermen are still active at certain points. However, there have been mismanaged mishaps when some of the river’s resources and various old-style infrastructure has been managed in an environmentally damaging way.

In recent generations, still within living memory, there have been alterations to the channel relating to various newish developments in order to promote tourism. Large hydropower dams are now in place along the river and its tributaries, to which the basin has to adapt regardless of all else.

The largest hydropower dam and reservoir system along the Danube is found at the 117-kilometre-long Djerdap Gorge. This peak operation system consists of two dams, Iron Gate I and II operated jointly by Serbia and Romania, producing about 37 percent of the total energy used in Serbia and 27 percent in Romania.

Although impressive, these spelt misfortune for the fish populations, and the possibility of constructing a “fish pass” to enable migration is under review. Downstream from there, much is free-flowing all the way. The views are splendid and tourism in this region flourishes. While the Danube region is of high importance for tourism, as well as shipping, the vulnerabilities remain the same.

Recent times have seen new infrastructure relating to cycling and hiking put in place. For a splendid glimpse of high scenery near Budapest I highly recommend visiting, preferably by bike, both sides of the Danube Bend. This immediate area, with Nagymaros, Visegrád Castle, Esztergom, Szob and the Dömösi peaks, is a wonder and splendour in every sense, epitomising the “Blue Danube” more so than anywhere else I can think of. You will see. After spending years here in Hungary, it is always a pleasure for me to look out onto this river from anywhere, at any time of year, and to really appreciate its momentous worth.

But as we “depend” on this and other areas to provide a great day out, so the Danube, its Bend and elsewhere also depend on us to look after and preserve it too.

If an extravagant river cruise is out of reach, then to see and appreciate this waterway up close take to the Danube Bike Trail, which proceeds along the entire length. It’s 1700 kilometres from the Hungarian capital to the Black Sea and Romanian Riviera along this lane. However, it’s not so far and perhaps less demanding to cycle in the other direction towards southern Germany.

To cycle the entirety, 50 kilometres on average would be required every day for two months. This I would love to do. But until I get the go-ahead from my family, continual cycling around the immediate shorelines and ships will have to suffice just as well.

There are many tourist websites. For Hungary there is www.danubetourism.eu

Read The Budapest Times article “The most overlooked landmark in the city” about the Szabadkikötő Dock.