Written by BT/MTI
Britain's Grimshaw Architects, the international firm designing railway and metro stations in London, Melbourne, Los Angeles and New York, has won the bid to renew Budapest's iconic Nyugati railway station, its square and surroundings, the prime minister's commissioner for Budapest and its agglomeration announced on Saturday.

The large-scale project includes the construction of a modern, three-floor railway station with new underground platforms, a new railway hall, the conversion of rust-belt railway areas into a 23.5 hectare green public space and the dismantling of the overpass near the square, Balazs Furjes said on Facebook.

The landmark hall of the station, designed by the Eiffel Company in the late 19th century and renovated recently overall, will be transformed into a new public space and meeting point with shops, cafes, restaurants and community areas. Surface platforms from here will be moved underground. 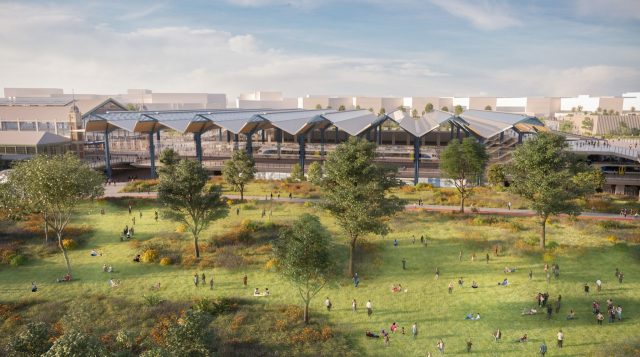 Behind the Eiffel hall, a new, 13-platform hall will be built with a characteristic metal structure covered with wood surfaces to create a connection in style will the heritage hall.

The new railway station will be expanded with 6 underground rail tracks to be used by suburban, long distance and international train services. It will later receive trains arriving from the Deli railway station on the Buda side via a tunnel to be built under the Danube. 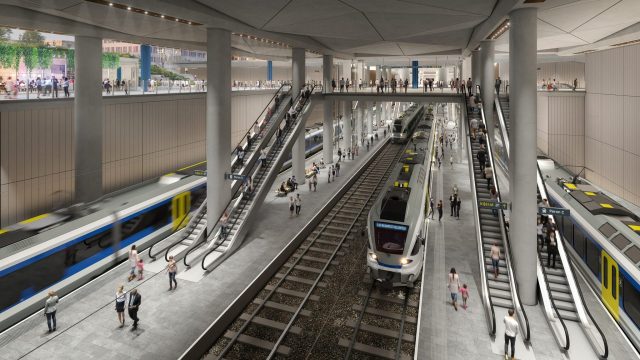 The renewal aims to transform the Nyugati railway station into the largest rail hub of Hungary and its capital city, and of central Europe, with a capacity to handle 300,000 passengers per day.

The dilapidated bus terminal and parking area next to the Eiffel hall will be moved and the overpass nearby dismantled, Furjes said, adding that a large green corridor will be created to connect the main boulevard at the square with City Park. 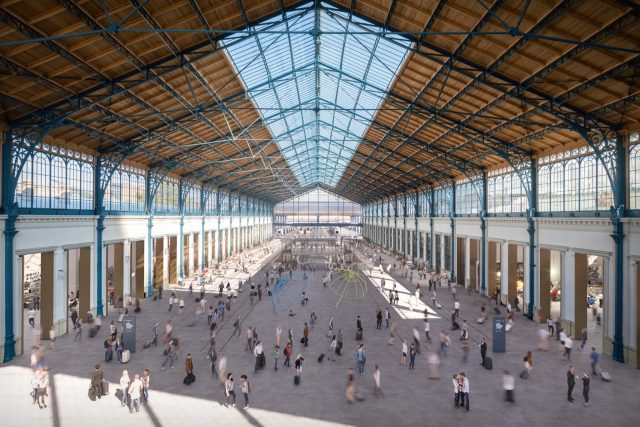 The bids submitted for the competition were evaluated by a 21-member international jury, he said.