Written by Alexander Stemp
Although far fewer these days, and fewer still in good condition, stray mementoes of folk art can still occasionally be found while out and about. More so in the working class suburbs than elsewhere in the city, they are in living memory for some, and perhaps contentious due to obvious associations with socialism and communism alike. But these bygone oddities still remain eye-catching.

Their time is well past, but even so they may still be admired. Most likely they are generally resented or simply ignored by those in passing today. These redundant but remarkably intact exhibits tell a defining story of idealism. Their undercurrents of power and manipulation are obvious, boosting political propaganda by portraying a make-believe life of the time. 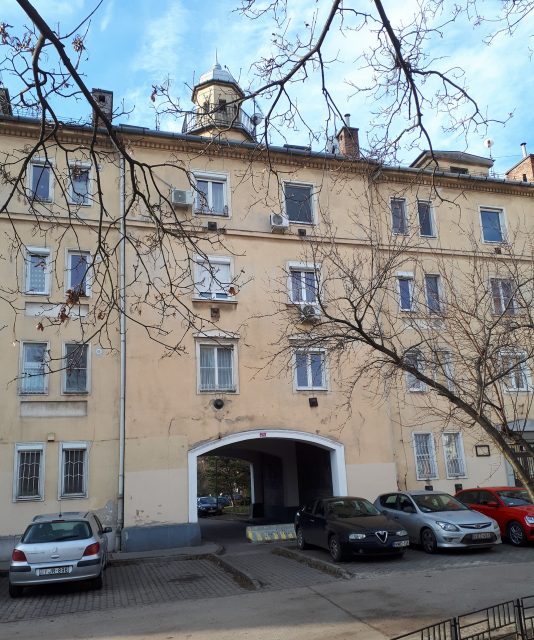 I was fortunate enough to be greeted by some of these slightly faded yesteryear mosaics in the shadowy passageway under the Nagy Lajos Király útja 78 housing estate, near Örs Vezér tere. Walking in resembles a museum entrance, with these earthy remembrances still remaining for all to see, like a recognised but not necessarily accepted part of the past in this District XIV neighbourhood.

Fortunately, these mosaics have not been either chiselled out and tossed aside or whitewashed over by the authorities. If that had happened, it might not have been too long before this passageway became prey to vandals and turned into a Metallica shrine, or anything else contrary to these artefacts. Until then, these symbols stay where they are, seemingly still serving some purpose.

They are certainly touching in their naivety, expressing as they do family values and togetherness in the community without imperialism and religious endeavours. At a guess, construction took place for both housing estate and “ghosts” alike at some point during the repressive 1948 to 1956 reign of dictator Rákosi, which finally led up to the 1956 Uprising. And before the rise of mass-produced, prefabricated tower blocks that soon followed in the 1960s.

Not too much more can be said about these exhibits other than what’s obvious. It is worth going to see them, as well as to write this article. There are four distinct and sizeable illustrations altogether, all designed to represent “the good life” without a hint of modern-day consumer culture or materialism, which is fairly commendable.

On one side of the entrance hall are two harmonious representations of children, family and local community gatherings in an Eden-esque setting. On the other, the main focus is with work, study and getting by in a far humbler sense, rather than making it big. All represent an equality bond and “freedom”, liberation and utopia like no other, and certainly with no Western influences.

After stepping into this time-warp, it was not clear whether these spooks are at rest or not. Certainly they challenged me. I can imagine not everyone is going to be too thrilled and care too much for them. But it made me wonder, is the search for over-romanticised nostalgia still on? Especially by those disillusioned by today’s life. Or perhaps they are merely left to serve as a history lesson. After all, these spirits don’t look too menacing. 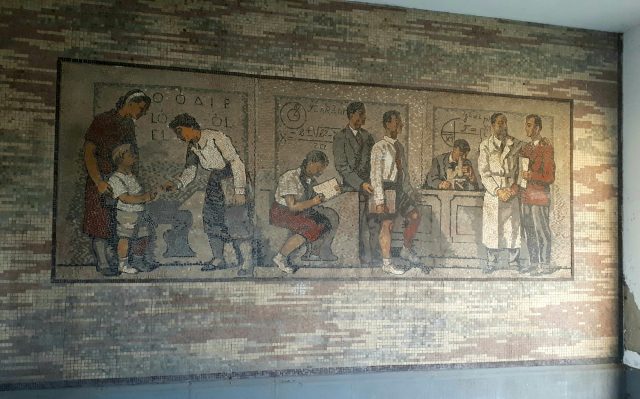 Luckily it was a sunny day and I could take better photos in the dim environs. Apart from some essential light photo-shop enhancements to make them more presentable, and having to erase a small amount of obscene graffiti, these spooks and political innuendo live on unchanged – distinct portrayals clearly symbolising everyday people “like us” who just merely wanted to get by regardless of circumstances.

But ideally, like today, without too much politics, conflict or general fuss.