US official: 'Brave men and women' in 1956 fought for 'liberty on the streets of Budapest'

Written by BT/MTI
Supporters of the pro-government Civic Union Forum (COF) and associated COKA foundation gathered to hold their Peace March to mark the anniversary of Hungary's 1956 revolution.

The march started from in front of the Budapest University of Technology on the Buda side of the capital on Saturday.

COF-COKA leader Laszlo Csizmadia told participants at the start of the event that “we are ready to protect Europe’s Christian-Jewish civilisation”.

Participants lined up behind a giant banner with an image of former Prime Minister Ferenc Gyurcsany, a photo of the mounted police attack on demonstrators in 2006, and an inscription “never again”.

The crowd was scheduled to walk over to the Pest side and of the city and join central commemorations addressed by Prime Minister Viktor Orbán later in the afternoon.

He called on participants to remember the heroes of 1956, the “victims of Kadar’s retaliation” and also to remember “how the Gyurcsany regime desecrated the anniversary of the revolution in 2006, when the streets of Pest were stained with blood”.

On the subject of relations with the European Union, the COF-COKA leader said Poles and Hungarians could do without “friendly fire”, adding that the peoples represented a Europe of nations and had no need for an empire.

Members of COF-COKA’s Italian and Polish partner organisations also appeared in the procession. Many of the participants carried national and Szekler flags, while some wore traditional Transylvanian folk costume.

Details of the events of 2006 were projected onto a video wall along the route of the Peace March and a water cannon truck was also exhibited to recall the way the crowd was dispersed by police at the time.

When the front of the procession had reached the venue of the central commemoration on the other side of the river, the tail end of the march was still at the assembly point, next to the University of Technology.

US official: ‘Brave men and women’ in 1956 fought for ‘liberty on the streets of Budapest’

“On the sixty-fifth anniversary of the 1956 Hungarian revolution, we remember the brave men and women who fought to defend their liberty on the streets of Budapest and around the nation,” US state department spokesperson Ned Price said in a statement on Saturday.

“Their passion for freedom was realized in 1989, when Hungary embraced democracy. We mark this solemn anniversary together with our partner and NATO Ally,” the statement said.

Hungarian-Americans “have strengthened the connections between our two nations,” the statement said, adding that ties were enriched by those who fled their homeland after the revolution to build new lives in America.

“As we mark the one hundredth anniversary of diplomatic relations between Hungary and the United States this year, moments like the 1956 revolution stand out for their clarity and impact. The revolutionaries of 1956 still inspire those who hold freedom dear,” the statement concluded. 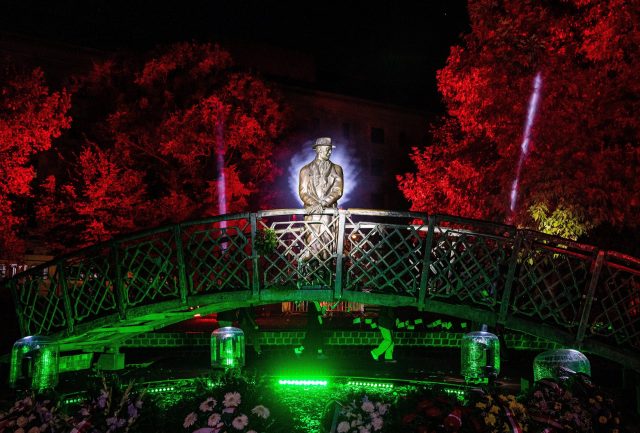 Despite reports aired on Radio Free Europe in October 1956, suggesting imminent international intervention to support the Hungarian revolution, “nobody came to help”, Foreign Minister Peter Szijjarto said on Facebook on Saturday, marking the anniversary of the outbreak of the anti-Soviet revolt.

“We, Hungarians, wanted to belong to the free world, but that world left us high and dry,” Szijjarto said, adding that the country lost not only its fight but also “freedom for more than three decades”.

“We lost tens and hundreds of thousands: those that died, those that were left crippled for life, and those that had to flee and could never return to their homeland,” the minister said.

“Salutations to the heroes, shame on the deserters, long live free Hungary,” Szijjarto said in his entry.

Each Hungarian community has its own memories of the 1956 anti-Soviet uprising and its anniversary is marked not only in towns and cities across Hungary but in neighbouring countries and in the Hungarian diaspora as well, the head of the Prime Minister’s Office told a commemoration in Budapest on October 23.

“Lights of commemoration will certainly be lit at the Etoile in Paris, in North and South America, in Europe, as well as in Australia where Hungarian communities come together to celebrate and remember,” Gergely Gulyas said. The revolution “did not stay within the Trianon borders: each country with a Hungarian community had sympathy for Hungary’s freedom fight,” he added.

The 1956 freedom fight was the biggest historical miracle in the history of Hungarian statehood, Gulyas said. A revolution that had no pre-planned script, financial background or armed resources, only a common intention and will. People knew they wanted to live in freedom, in an independent Hungary, where they can decide their own destiny. Everywhere they had the courage to go out in the street and face the guns, and on October 23 they won. Neither the police, nor the army was an insurmountable obstacle for them, and at first it seemed that not even the Soviets would be, the minister said.

At another commemoration, Szilard Nemeth, state secretary at the defence ministry, said that 1956 had been “a heroic moment in the ongoing war for Hungary’s freedom”. That war is to decide “if Hungary is a sovereign and free country or it is the colony of an internationalist and leftist empire”.

Nemeth insisted that in 1956 Hungary’s communist rulers had stifled the revolt with Soviet support, while “their descendants, (Ferenc) Gyurcsany’s Left stifled in blood a peaceful commemoration on the 50th anniversary”. “Now that same Gyurcsany and that same Left are seeking their return to power,” he said.