A quest for the best powdered gold

Written by Alexander Stemp
Hungarian peppers, known as “paprika” by the locals, when fresh are generally red, yellow and green. This colour scheme follows when paprika is ground to powder and dried out. Either way, it’s all “paprika” to Hungarians, never pepper, and there can be no confusion with the darker pepper known as “bors”, which is another matter altogether. The eventual paprika granulated spice colour range varies from deep reddish brown to bright orange red, depending on which cultivars, or varieties, are used.

For the acknowledged best in this sphere, make your way to Kalocsa, a quaint, off-beat, provincial town with a Baroque setting. What’s more, this charming, unruffled locale has another distinct feature, this time relating to folk-art and the ceramics, porcelain and embroidery that lead the way there. Off the tourist track, this earthy place within the Great Plain of southern Hungary will bring one closer to the small-town scene, more so than many other similar olde-worlde towns such as the over-spinning Szentendre.

Kalocsa’s main species of paprika, known as “Capsicum annuum” in Latin, does not always relate to industrious production of the plant alone, as this hazy, sunshine-filled place has a proud cuisine culture. There are other similar places in Hungary such as Szeged that deliver copious quantities of paprika in the same way because similar conditions allow. Much of Hungarian paprika is smooth and generally milder when compared to Mexican chilis, top-range Indian curry powders and so forth.

To find out more about “paprika paradise” requires a two-hour, 140-kilometre drive southwards from central Pest along the dusty Number 51 road, which runs directly parallel with the River Duna. It was simple enough to find the central Szentháromság tér, the Holy Trinity Square, which features the main and impressive Kalocsa-Kecskemét Főegyházmegye, the Archdiocese Catholic Cathedral, before all else.

A few metres further on is the tourist information at Szent István utca, which is the place if one is interested in additional paprika research, as it is clearly Hungarian heritage. Inside the bureau is an excelling exhibition hall with plenty of paprika content. Then proceed to the paprika museum and the Népművészeti Tájház folk-art museum, which are both short walks away. If your search for the paprika phenomena identified by its colour, aroma and flavour is still on, the specialised shops and restaurants await your arrival. 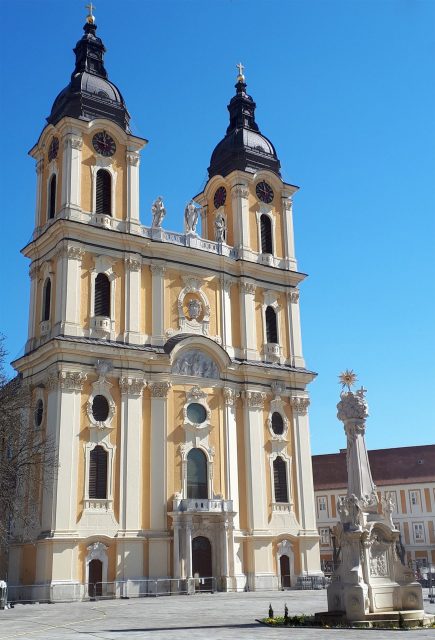 Larger scale paprika production in this area began in the early 20th century. Nowadays much local produce is sold around the world. Some 40 percent of the Kalocsa output is for the Hungarian market. Paprika has a symbolic role in national gastronomy, being rich in colour and exciting in mild and hot flavours. The following are the different varieties, and they come in a fine, soft textured powdered form:

However, it would take a connoisseur, rather than me with my limited culinary noesis, to distinguish the paprika ambit in a more appropriate and imaginary way. For better descriptions, take this matter to the local professionals when there.  As for storage, it’s best to keep all paprika products in a cool, dark, dry place and consume within a year of purchase.

Here are some prime examples of delicious and fortifying Hungarian dishes that have excelled world-wide, perhaps due to this magical home-grown ingredient. One is the highly prized chicken paprikash, commonly known as “csirke paprikás”. And then there is fisherman’s soup, known locally as “halászlé”. Local stews are referred to as “pörkőlt”. These and many others should all ideally be served with salads.

For the vegetarians, I recommend “paprikás krumpli”, a fine potato dish cooked up with onions and served up with paprika. Alongside “lecsó”, a Hungarian ratatouille, frequently made with heaps of peppers, onions and tomatoes.

During the summer, it is traditional to cook outside sitting around a “bogrács”, which is a large cooking pot hoisted by chains over a small camp fire, and make goulash soup, or “gulyásleves”, as known locally. This can be made in several ways, as long as it consists of chopped meat, tomatoes, carrots, onions and garlic. Add noodles or rice and sour cream into the mix and enjoy.

Goulash is not only a Hungary speciality. Another example is the Serbian variant, made up with cabbage and seasoned with oregano, giving the goulash another direction with taste. 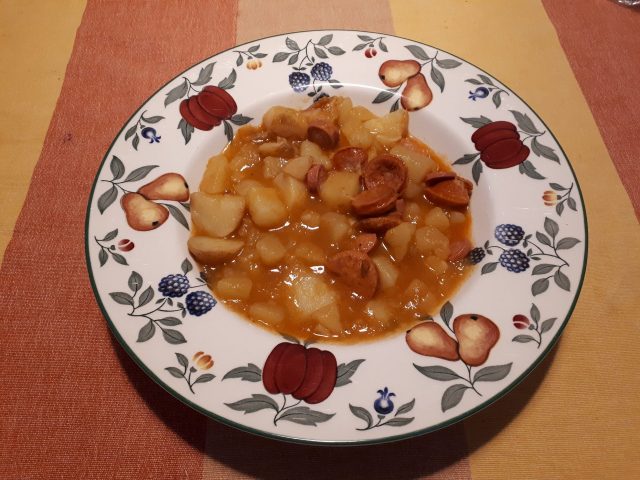 Originally, paprika came from Turkey but some historians claim Portugal is the true origin. Paprika has been a favourite in Hungary since the early 18th century. It is cheap and plentiful (when in season), easy to find, and has always been accepted by rich and poor alike.

Peppers thrive in direct sunlight, as seen often enough around the countryside during the late summer and autumn. Harvesting is in September. Tastes can vary, depending on local soil conditions and regions where it’s produced.

The main reason why some paprika brings a mild to hot burning sensation to the mouth is due to a chemical release called “capsaicin”, which can be extracted from the plant. However, hotness is not the only diagnostic relating to capsaicin, as this characteristic within the paprika also has medicinal value, and can be used as a painkiller. In recent times, it is now possible to produce oil from the pepper seeds, which is ideal for salads and marinades. Due to a high level of antioxidants, pepper seed oil has an inflammatory effect and delivers health benefits too, such as improving eyesight.

Consuming peppers and paprika is excellent for well-being. Freshly picked peppers have high amounts of Vitamin C and will make one feel invigorated.

There are also paprika paste and sauce varieties, such as Piros Arany, Erős Pista, Haragos Pista and Édes Anna, which come in varying degrees of strength and flavour. Usually these brands are widely used for sandwiches, in similar vein as “Marmite”, an old favourite from England, and are usually as salty. Apply these also to various soups, grilled meats and vegetables by spreading over. Finally, paprika is an essential ingredient used in many locally produced sausages and salamis, and found everywhere around this region.

Although there are variants, Hungarian paprika powders are typically less pungent than Spanish ones, as well as smoother and cooler than many curry powders.

Local paprika and peppers alike are all excelling, alongside the equally rich red, green and yellow flavoursome Californian peppers that have also found their way here. For this and more, take yourself to either Kalocsa, Szeged or a sleepy paprika-growing hub and experience something special and unique when there.