Kazakhstan ‘proud to have Hungary as strategic partner’

Written by Alexander Stemp
Today’s Kazakhstan is a completely different country than it was 30 years ago, the country’s Ambassador to Hungary, Zhanibek Abdrashov, told guests at a reception to mark the 30th anniversary of Kazakhstan’s independence, hosted by the embassy in the Ritz-Carlton Hotel in downtown Pest on December 15.

Ambassador Abdrashov said he and the embassy staff were delighted to welcome everyone, including Hungary’s Deputy Prime Minister and Minister of Finance, Mihály Varga, and notable guests from the Hungarian Government and National Assembly, the Ministry of Foreign Affairs and Trade, diplomatic corps, and business, cultural, scientific, educational and expert communities.

“This year has been historical for Kazakhstan,” the ambassador said. “Today, Kazakhstan is a completely different country than it was 30 years ago. First President-Leader of the Nation Nursultan Nazarbayev’s vision and political will, along with the hard work and determination of the people, have built the modern Kazakhstan of today.

“Presently Kazakhstan is a country that preserved its traditions, culture and legacy. A responsible and well-respected member of the international community. A mediator advocating for global peace and security. A state where a peaceful transition of power occurred. An anchor of stability and economic growth in the heart of Eurasia. 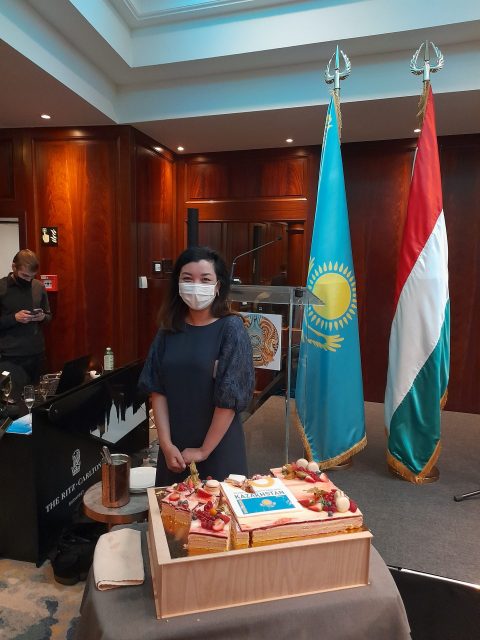 “Today, despite all the obstacles, Kazakhstan is embracing non-carbon strategy, pivoting towards renewable energy and finalising the Carbon Neutrality Doctrine by 2060.”

Ambassador Abdrashov said newly elected President Kassym-Jomart Tokayev had clearly outlined his position that there is “No economic growth without political development”. President Tokayev, by introducing the human-oriented concept of “a State that hears and responds” to all citizen requests, had embarked upon a political reforms agenda giving a boost to the democratic development of Kazakhstan society.

“Hungary was among the first 10 countries to recognise our independence, and since then has been a strong partner at every stage of Kazakhstan’s development,” the ambassador said.

“I would say that over the past 10 years our partnership has become stronger than ever. We are proud that we have Hungary as our strategic partner supporting all efforts of Kazakhstan in the international arena. 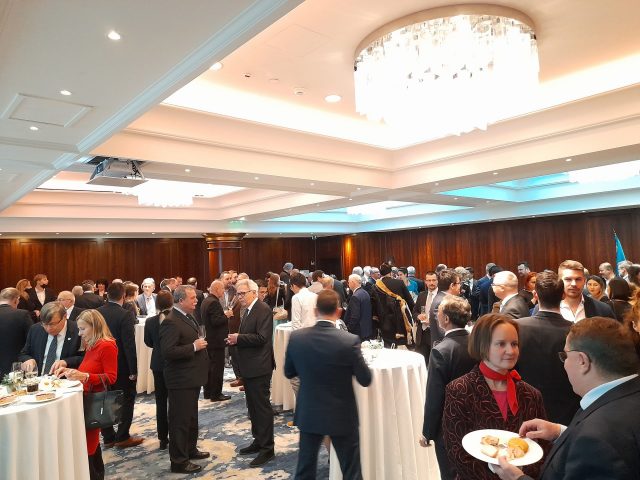 “As we look ahead to the coming decades, our continued close cooperation will allow us to address global challenges such as the COVID pandemic, food security and climate change.

“Deep cultural and historical ties that unite Kazakh and Hungarian peoples play an important role in the development of cultural relations. No matter what challenges emerge on our path, Kazakhstan always remains to be a reliable and consisted partner of Hungary.”