A homage to Victory Day and other festivities

Written by Alexander Stemp
Midsummer in Estonia is more than just one day, and one occurrence, and is the biggest national event of the year. This was highlighted by Ambassador to Hungary Kristi Karelsohn when she hosted a splendid mid-summer's event on the embassy lawn in Budapest this June 22.

The best-known “Jaanilaupäev” event is when friends and family gather to the countryside for the lighting and dancing around bonfires during twilight hours, between “Mid-Summers Eve” and “Mid-Summers Day”, as well as symbolically jumping over the fires. This is to gain prosperity, avoid bad luck and connect with spiritual nature, as these and more are celebrated with much joy during the 23rd and 24th June.

Before this comes another momentous occasion called “Victory Day”, which is celebrated the day before on the 22nd June. Both these midsummer events are national holidays and celebrations. Even so, internationally, midsummer itself is on the 21st.

“Victory Day” symbolises Estonia’s victory at the Battle of Võnnu, which relates to the 1919 Estonian war of independence. That particular day is when Estonia was founded and finally took control of its territory. 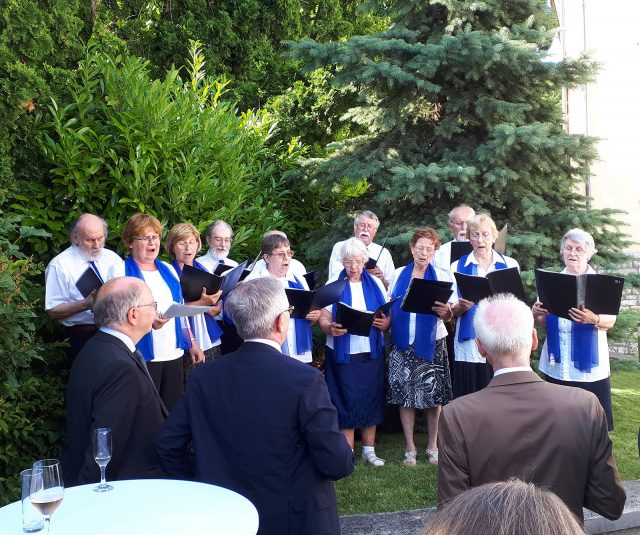 During the later Soviet occupation, this patriotic aspect of midsummer tradition took on a more important role. Midsummer was not just a celebration of local life and culture then as well as now, but this also continues to represent Estonian independence that prevailed in 1991.

As the Estonians say to one another during this happy time, “Head Jaanipäeva!”, which means “Happy Midsummer!”