Written by Maximilian Reifig
The most popular sport in Hungary is and will be football. Although its present state is rather poor, it can at least look back on a fabulous history.

One thing to be proud about at the moment is that in the UEFA Champions League semi-final match between Red Bull Leipzig and Paris Saint-Germain on August 18, there were two Hungarian players in the German Bundesliga team. Goalkeeper Péter Gulácsi and centre back Willi Orbán became the first Hungarians to reach such an advanced stage playing for a first-class international football club.

Unfortunately, RB Leipzig fell short, going down 3-0, but it was a small ray of light for Hungarian football, and the spotlight will shine on the country again when it hosts the UEFA Super Cup between Bayern Munich and Sevilla in Budapest on September 24 and four games during the Euro 2020 championship, delayed 12 months until mid-2021 because of the coronavirus pandemic.

It’s still a question whether the Hungarian national team will qualify for the 24-team tournament, with 20 national sides having filled spots so far.  Hungary will play Bulgaria in Sofia on October 8 in a qualification game, after which the winner would face Iceland or Romania.

Hungary did have far better times in international football, competing at the highest level, and perhaps something is stirring again. Horrific amounts have been invested in infrastructure in the past few years – especially in new stadiums for the clubs in the first and second leagues – with tax incentives to boost construction. (Admittedly, this has attracted considerable criticism as to whether the money should have been spent on something more important than football.)

Perhaps it is time, then, to get to know the history of Hungarian football and learn from those players who made it the dominant force it used to be. These men were nothing less than the pioneers of a paradigm shift into the modern era of football, and British author Jonathan Wilson has written a book about them. 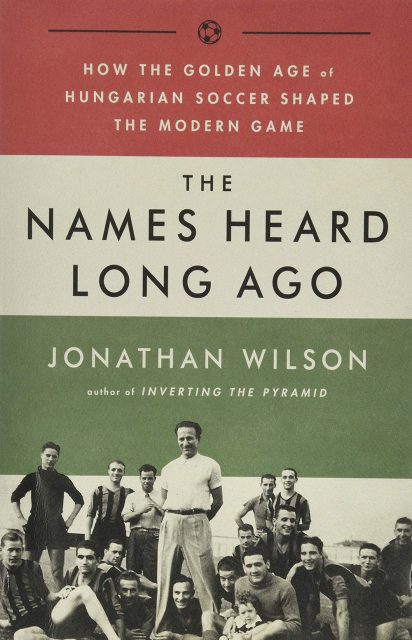 Who would have thought that Budapest cafés in the 1920s with their well-decorated tables were home to the greatest experts in the finesses of tactical fine-tuning what later became known as the “beautiful game”, even more so than in English or Scottish pubs? Probably nobody. And who would ever have thought that English and Scottish refugees – on the run partly due to personal and partly due to political reasons – laid down the foundation for Hungary’s “Aranykor” (Golden Era)? Probably nobody either.

Jonathan Wilson, a British football writer and journalist for the good old Guardian, among other things, needed 15 years to write his book “The Names Heard Long Ago – How the Golden Age of Hungarian Football Shaped the Modern Game”, which was published in August 2019.  The length of time is no surprise, since the multiple award-winning writer’s attention to detail is simply unfailing.

For some people it might prove a tough nut to plough through all the individual records, results and statistics of MTK and Ferencváros, the most famous Hungarian football clubs, from 100 years ago. Nevertheless, they contain astonishing historic mosaic pieces that the author collected from newspapers and documents – some even more than 100 years old – with painstaking work. Everything is neatly supported by documentation.

For example, there is the story about how Ferencváros, the current champion and most successful Hungarian football club, came to wear green and white stripes. Supposedly the reason is that the co-founder of the club, Kornél Grabovitz, had an affair with the daughter of the Gebauer café’s owner, and they chose the colours.

However, this is only one of many possible explanations that have appeared in print since the foundation year of 1899. By the way, the café in District XI’s Bartok Bela út was where they stored the football ground gates after training and where the players quenched their thirst.

The book is spiced up with such anecdotes, though it occasionally does not follow them through as the author brings into his account another one of the many names who should not be forgotten.

This book is not only about those players who were displayed in the shop window of global football but also about those who were pulling the strings in the background. For example, the British player and coach Jimmy Hogan, who came to Budapest in 1916 and is known as the “catalyst” of Hungarian football’s golden era in the 1950s.

He modernised the tactics, the short passing game, and emphasised the importance of the players’ technique. This was a whole new facet at that time. Then there is Béla Guttman, who is recognised for discovering the Portuguese star Eusébio and won the European Cup twice with Benfica of Lisbon in 1960-61 and 1961-62. Or Izidor “Dori” Kürschner, who already revolutionised football in Brazil in the 1930s and 1940s.

These are only three examples out of all the people who laid down the foundation in Budapest with their tactical innovations, which later spread throughout the whole world.

In addition, the book deals with the fate of many Jewish Hungarians at the time of World War II, especially in the case of MTK, a club dominated by Jewish players, many of whom died in Nazi concentration camps. One of them was Árpád Weisz, who is still the youngest trainer and winner of the Italian A series. He and his family were captured in the Netherlands in 1942 and murdered in Auschwitz.

The most successful period for the “Magical Hungarians” unfolded under the guidance of coaching legend Gusztáv Sebes. It began with winning the gold medal at the Helsinki Olympics of 1952 and reached a peak in 1953 with the 6-3 victory against England at Wembley, where England had suffered just one defeat on home soil against foreign opposition, in 1949 against the Republic of Ireland. Then, in a return fixture in Budapest in 1954, the English went down 7-1.

The cherry on top would have been winning the World Cup final in Berne in 1954. However, the inferior but game-wise Germany, having already been swept away 8-3 by Hungary in the group phase, defeated the Hungarians 3-2 in the final in the “Miracle of Bern”. For the first time the Germans came to be seen in a positive light.

It was the beginning of the end for the Hungarian “Golden Team”. The photo of injured captain Ferenc Puskás (representing Budapest Honvéd FC at that time) being carried off the field became a symbol of a broken dream. After the World Cup, defeat followed defeat, though to be fair these included the best teams of the era, Uruguay and Brazil. 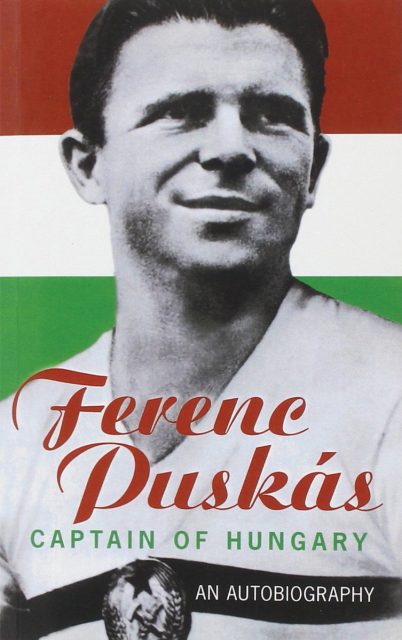 The possibility that the Hungarian political situation also played a role in the bad results after the World Cup cannot be ruled out either. Before, during and even after the beaten-back Uprising of 1956 the most important players of the Hungarian football scene fled and scattered all over the world.

The world of football profited from this fact, since the Hungarian exodus meant laying down the foundations of modern football as we know it today in the different countries to which the players escaped. There is no doubt that the name most related to these events is Ferenc Puskás, who was and still is – despite his escape in 1956 – one of Hungary’s most important national heroes. He was honoured with a state funeral on December 7, 2006 in Budapest and burial in St. Stephen’s Basilica, a resting place for many saints and kings.

Wilson manages to bring the historical events back to life with his entertaining, typically British tone well complemented by football slang, and all without going over the top. It is not a simple book about football, as it also gives an insight into the society of the era. The Hungarian team’s descent around the mid-1950s is strongly bound with the political turmoil that prevented the players’ compatriots from enjoying a more successful future – and not only in football.

After reading this book, everyone will be aware that the origins of modern football came to a large extent from Hungary. The readers will completely get their money’s worth from the 370 pages. The book is particularly informative and sinks in quickly. A small drawback: so far it is available only in English.

If you would like to get to know Puskás better, it’s strongly encouraged that you read his autobiography: “Ferenc Puskás – Captain of Hungary”, which is also in English.