Veszprém-Balaton to shine early with culture

Written by Christopher Osterberg
With three European Capitals of Culture this year again rather than the usual two – another “catch-up” after three in 2022 following the disruption of the COVID pandemic – it is Hungary’s own Veszprém-Balaton that will be first off the mark with a Grand Opening on January 21-22.

Veszprém’s streets, squares, courtyards, cultural institutions, restaurants and pubs will be filled with music, dance and art throughout the city for the occasion. There will be jazz, blues, folk and soul concerts, an open-air bar piano competition, a performance by the Bozsik Yvette Dance Company, all-day operetta and plays, and guided tours of Veszprém’s cultural treasures.

In addition, Kaunas, Lithuania, which was a European Capital of Culture in 2022 and is the first of the twenty-five participating cities in the associated InterUrban project, will highlight its arts and culture.

The Chief Artistic Adviser and producer of the Veszprém-Bakony Balaton Region year is Can Togay, also known as János Can Togay, who is described as a Hungarian film director, screenwriter, actor, poet, producer, cultural manager and cultural diplomat.

The launch will culminate in what is promised will be a grand artistic experience in the Veszprém city centre titled “Shine!” The nearly one-hour production will consist of a series of successive, interlinked musical performances, dance productions, musical events, a light show and large-scale building projections. 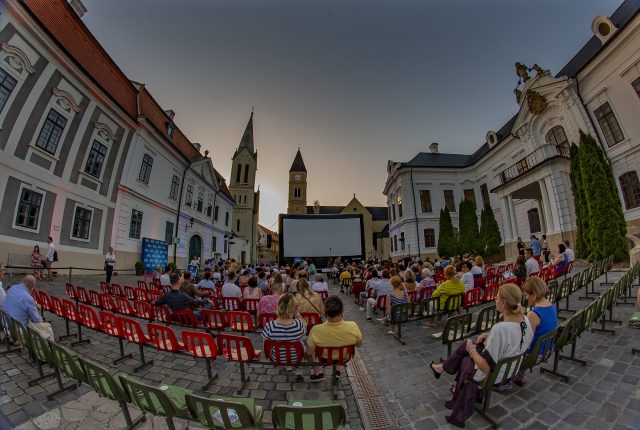 It is hoped that the grand show will attract tens of thousands of people, and will close with a night-long street ball. The programmes will be held in parallel with the 200th anniversary of Ferenc Kölcsey’s “Hymn”, the poem that is the basis for the words of the Hungarian National Anthem. As such, Veszprém will also be offering a wide range of programmes on January 22, the Day of Hungarian Culture.

Gyula Porga, the Mayor of Veszprém, has emphasised that this is not all about 2023. He said: “It is important to stress that the European Capital of Culture identity is not just about the many programmes that take place throughout the year. Rather, it is about launching and strengthening long-term sustainable processes that will extend well beyond 2023.

“With this unique opportunity, the region will cement its position as a European cultural-creative region, with Veszprém at its centre. More than 115 municipalities from the region have added events and activities to the vibrant Veszprém-Bakony Balaton Region European Capital of Culture programme.”

Since Hungary joined the European Union in 2004, this is its second European Capital of Culture, following Pécs in 2010. The other capitals of culture in 2023 are Timisoara in Romania and Elefsina in Greece, both of which will open their programs in February.