Written by BT
Black marketeer Harry Lime faked his death in post-World War Two Vienna in a bid to shake off the occupying armies hunting him for selling lethal watered-down penicillin. This was the central story in the top-notch 1949 British film "The Third Man", shot on location in the bombed-out city and commemorated since 2005 in the city's Dritte Mann (The Third Man) Museum. Now, the coronavirus has brought the museum to its knees but – just as with Lime – reports of its demise are premature...

Down but not out, the museum was forced to close because of the pandemic but will reopen on June 13, 2020, then each Saturday from 2-6pm. However, owners Gerhard Strassgschwandtner and Karin Höfler, a husband-and-wife couple, pride themselves on never having operated with subsidies or sponsors and have only ever been kept afloat by entrance fees – and passion.

Normally, more than 90% of their visitors are international tourists but they don’t expect there to be much tourism in the second half of this year as the world takes time to recover from the pandemic.

The rent on the 13-room museum still must be paid, so they have started a crowd-funding campaign asking film lovers from all over the world for their support. The appeal is online at www.startnext.com/en/third-man-museum. Says Gerhard Strassgschwandtner: “COVID-19 has been a real disaster. It would be a shame if we had to shut down the museum because of a stupid virus.”

The funding goal is EUR 24,000, with every cent being used to pay the rent, electricity, gas, fees for assistants and operating costs. The aim is to ensure the museum survives until the end of 2020. By then it’s hoped that people will be able and happy to travel again, allowing a return to normal with the museum running under its own steam.

It displays more than 3000 original exhibits and is the only museum in the world dedicated to just one film. The 400-plus square metres display an astonishing collection of original exhibits and documents including screenplays, cameras used on location in Vienna and the cap of the little boy Hansel who has a small but memorable role.

A highlight is a still-functioning Ernemann 7b projector from 1936 that was used for first screenings of the film in Vienna in 1950. A short clip from the film is played to visitors on the projector. But pride of place probably goes to the zither on which Anton Karas composed and played the film’s haunting musical score. 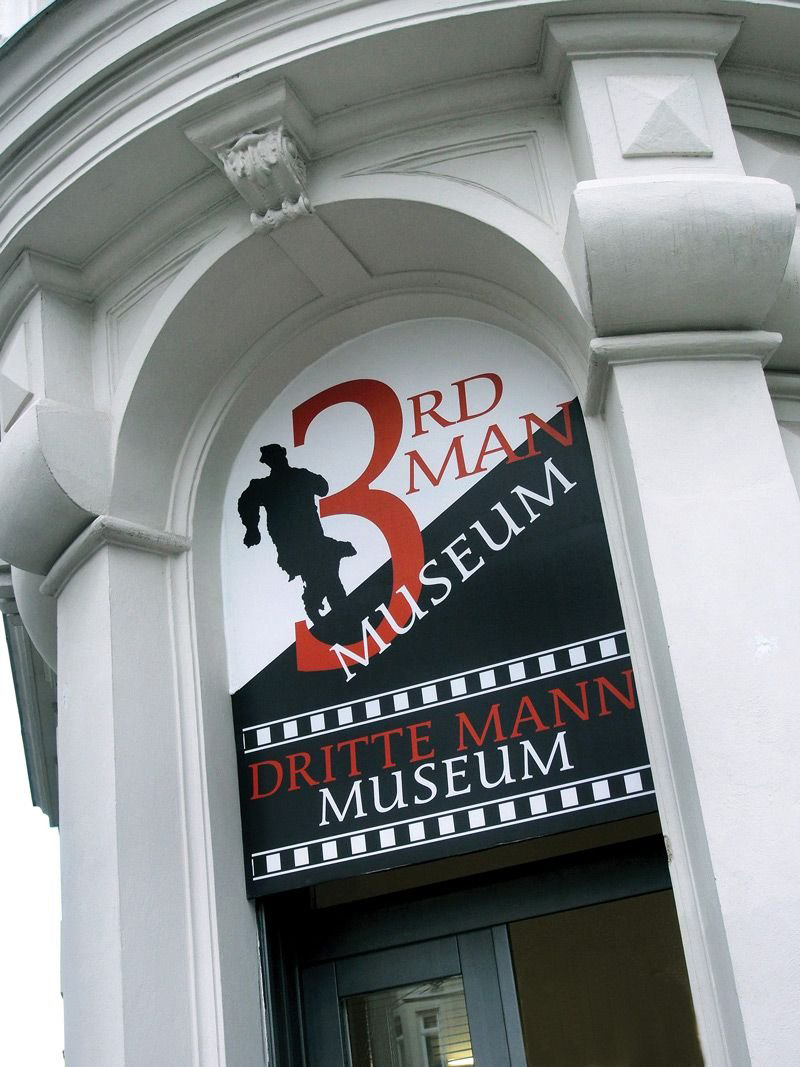 In 1999 the British Film Institute surveyed 1000 people from the world of British film and television to produce the BFI 100 list of the greatest British films of the 20th century. Number one was “The Third Man”. An international triumph, it was directed by Carol Reed and based on a treatment by Graham Greene. Orson Welles played Harry Lime.

The reopening on June 13 will feature the start of a special exhibition called “Vienna 1945 – Zero Hour” (more information: www.3mpc.net/englevents.htm), marking the 75th anniversary of the end of World War II. This will focus on the time when Vienna was in ruins and the first foreign soldiers arrived to divide the city into four zones: British, American, French and Soviet.

The exhibition will display much contemporaneous material from the archive that Strassgschwandtner and Höfler have built up. The Dritte Mann Museum is at Preßgasse 25, a short walk from the popular Vienna Naschmarkt.