From landscapes into a deeper world

The exhibition will run until August 31, and at the opening on July 11 the artist offered some details about herself. She said: “I am Tímea Szabó, I came from Gyöngyös, from the bottom of the Mátra. I am not a trained painter, although I have been interested in everything related to the work since I was a child.

“It was my dream to go to art school but my parents directed me to an economic career. So I only drew for myself for a long time, and I also made jewellery. Later I tried to make my first pictures with acrylic paint.

“A real shift came in 2015 when I met a local lady painter who showed me the technique of oil painting. I fell in love so much that I have been painting with oil ever since. I have had several teachers and masters in recent years – Margit Gréczi, Tibor Tornyai, Olívia Kakas – for whose help and support I am grateful.” 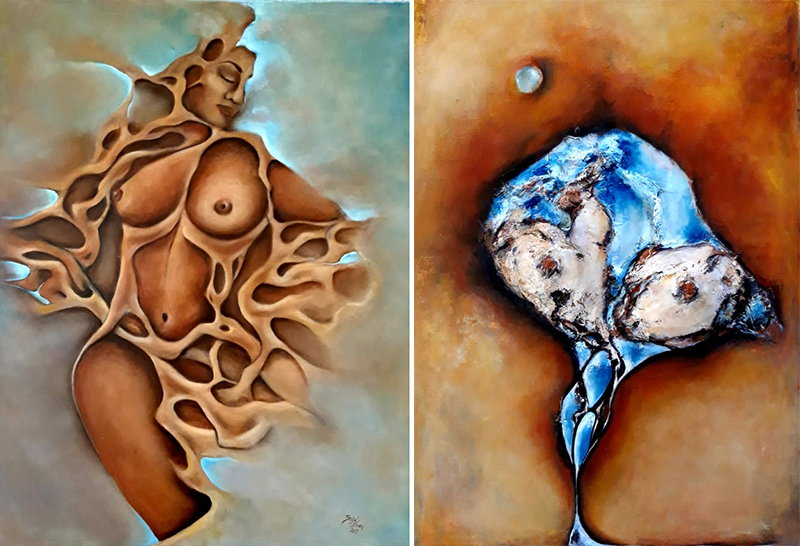 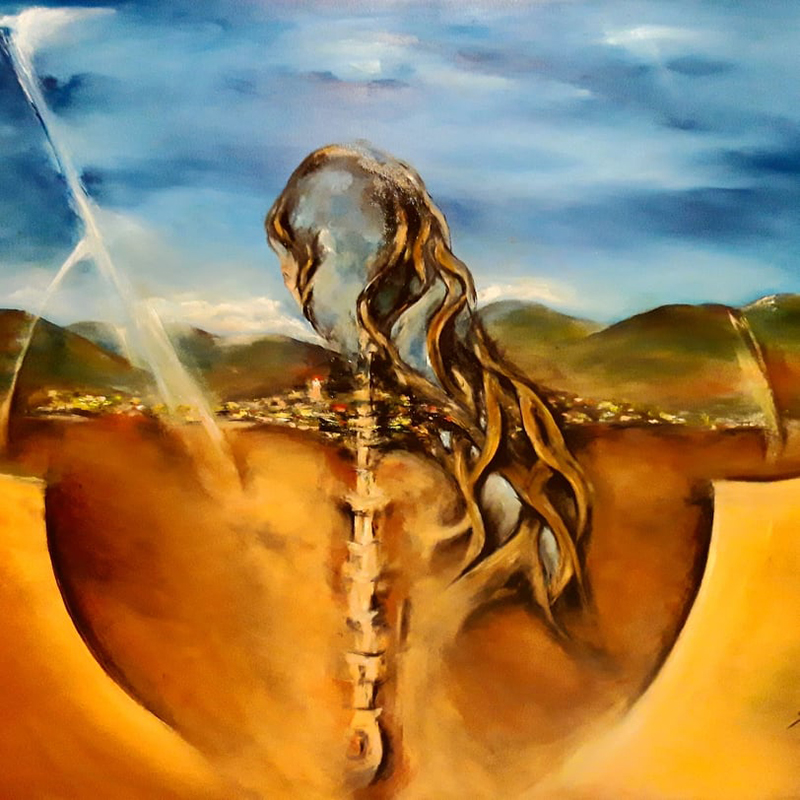 Szabó continued: “At first I mostly painted landscapes, with which I won several competitions, then I switched to a slightly different, more interesting, more attractive painting trend for me. I like to experiment with materials, with textures. I like to show a slightly deeper world through my paintings.

“I have shown this direction in several exhibitions in Gyöngyös, where the Furnace Tavern and the G&D confectionery opened their doors with me at the Opel Hotel. I was present in Mátrafüred at the Anna Hotel, Markaz, Visonta, Nagyréde and I also had the opportunity to show what I do in the Kuti Gallery in Pest.”

The exhibition has a selection of both her older and newer works. The artist thanked Péter Bézi, the head of the Gallery of Young Artists, for his support. Music was provided at the opening by bouzouki artist Angelidisz Vasilisz (Zeus). 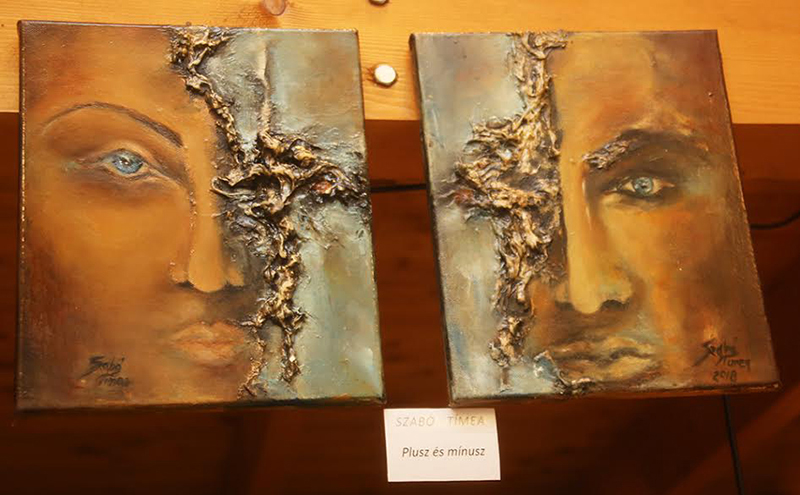