The legacy of Béla Lugosi, the world's most famous vampire

From Hungary to Hollywood, Dracula still lives on

Written by Alexander Stemp
Here is a brief, and perhaps unexpected, close-to-home “en-Count-er” for the Halloween season. Not that the phantom of darkness needs any introduction, but few recall who the original actor was. It's worth a reminder, as the first-of-many to get behind the cape in the initial Dracula film phenomena, which premiered in 1931, was Hungarian Béla Ferenc Dezső Blaskó (1882-1956), better known as Béla Lugosi. However, Lugosi was “over-shadowed” by his Dracula dramatis persona, which became his ultimate, unshakable identity and legacy for ever more.

Playing this singular character to rapturous applause and perfection clearly placed him in cinema history. But performing the part also came with an equally large, unpredicted artistic setback, as Lugosi became an obvious typecast. No one else ever played the part as well as the very capable Hungarian, who wanted to carry on acting and did so for a while in similar horror films. But it was this renowned “Dracula” film that was his ultimate peak, all too soon.

Everyone’s association between this illustrious demon and the highly accomplished film star became one and the same.  “Dracula” eclipsed Lugosi and took over his entire life, as no one saw him in any other guise ever again. So Lugosi was, and still remarkably remains, the ultimate vampire nearly a century later. 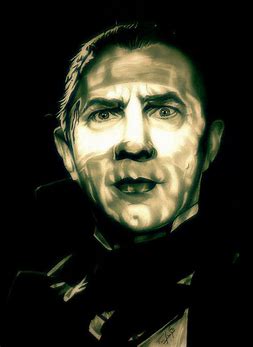 Despite being briefly at the top of his profession in Hollywood, the comparatively “famous” (but not as compared to his stage persona) but modest actor, although far from home, never forgot his roots. As a touching tribute, he renamed himself after his former hometown of Lugos, a small town 350 kilometres south of Budapest in what was then “greater” Hungary. The Trianon treaty of 1920 saw Lugos passed on to Romania, where it is officially known as Lugoj today.

Remarkably during World War One and those troubled times in general, Lugosi was already a successful up-and-coming actor, as well as being briefly in the army, and based, theatre-wise, in mainly Budapest, Szeged and Temesvár (Timisoara in Romania today.) But he had to leave the country after the failed Hungarian Communist Revolution of 1919 because of his socialist activism.

The following year, while in Germany, a chance to go to the United States came up. To achieve this, he worked as a seaman on a merchant ship that sailed to New Orleans. From there he made his way to New York, then finally Hollywood.

Lugosi worked briefly as a labourer while settling in with the Hungarian community in New York City. He acted in several local stage plays before breaking into his first Broadway production, “The Red Poppy”, in 1922. Before hitting the big time Lugosi enjoyed an abundance of greater artistic freedom, playing a variety of diverse roles from Shakespeare to comedy, tragedy, classical and romantic leads while on the road with travelling theatre companies.

But all came to a sudden end in 1927 when he was offered the lead role in the Broadway production of the newish and yet to be globally renowned Bram Stoker’s 1897 dark Gothic novel “Dracula”. The show ran for 33 weeks on Broadway and followed with a successful tour that concluded in California.

Finally, his big break came when the still relatively unknown migrant – coincidently from “vampire territory” within the realms of Eastern Europe – was aptly chosen for the starring role in Universal Pictures’ screen production of what unwittingly became his trademark. This propelled him, and his new alter ego, to superstardom.

Everything changed from the moment the immaculately dressed Lugosi stepped into the film spotlight. His forbidding welcome, the aristocratic touches and his menacing looks all clearly define what everyone sees as Dracula – Béla Lugosi’s Dracula – then as well as now. This was his achievement and accolade alone, as no future “vampires” came anywhere close.

During that time, he was the film personification of a dark, evil force, and audiences really did scream and hide behind chairs in terror. They were simply not familiar yet with vampire lore, and cinema was still relatively new. But this particular black-and-white film extravaganza with its symbolic Translyvanian-esque settings was a resounding success.

Soon after its initial spin, the once-so-new Dracula theme became highly cliché-ridden. Anything relating to teeth marks on necks of pretty young girls, bats flying around moonlit castle tops and so forth would surely have the opposite effect with audiences today, who would probably laugh or yawn. Not that any dismissive aftermaths would demean the credibility of original grand-master Lugosi himself, as he and his nemesis were way above clichés and critics. 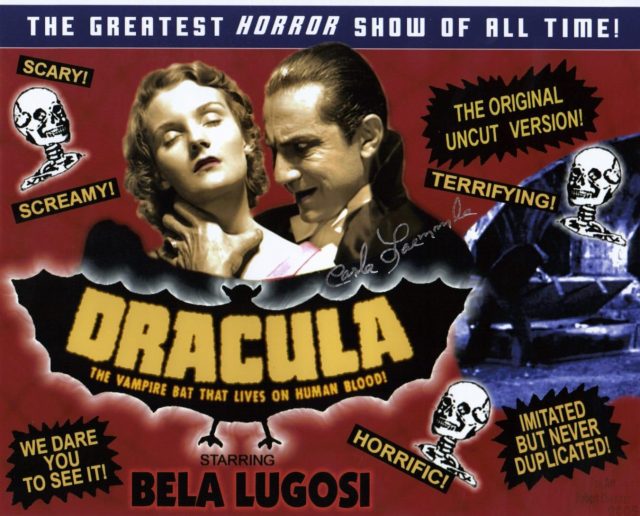 Throughout this brief time at the top, Lugosi was the horror film icon, with other spin-offs duly following. But this came at a high price. Despite his obvious popularity, his strong Hungarian-accented English, combined with his distinct looks, charm, mannerisms and extraordinary stare became over-familiar with public and management.

This limited his acting prospects altogether and the anguish of “being Dracula” all the time became a curse. Even his high acting skills could not shake off the spectre. Virtually everyone stopped using his real name and simply referred to him as “Dracula”, no matter the occasion, wherever he went.

What could have been a splendid film vocation from this point onwards never was. The brilliant Lugosi’s career went into decline, thanks to his bete noir. He began a drug dependence and it became well-known. Still talented but erratic he tried to keep busy with light stage work, but breaking away from the “Drac” tag was hopeless. Unfulfilled and haunted, he married five times and was struggling to make ends meet when his only child, Béla George Lugosi, was born in 1938.

But at least there was still plenty of bite with the unabashed Lugosi when he made returns to the local theatres. Also he made many personal appearances, as he became dependent on live shows and entertainment to support his family.

Later, the ambitious but financially insecure film-maker Ed Wood, a fan of Lugosi, found him living in near-poverty and gave him new star billing in low-budget films. Although grateful for a moderate comeback, how could this be as eventful as before?

Lugosi died of a heart attack on August 16, 1956, at his Los Angeles apartment. He was 73 and was laid to rest wearing one of his familiar cape costumes in nearby Culver City. There is a deserved Lugosi star on the Hollywood Walk of Fame.

His unforgettable performance as Dracula is masterful and still talked about favourably today. Lugosi’s lines from that film have become some of the most repeated in movie history: “I am… Dracula. I bid you welcome. Listen to them, the children of the night. What music they make,” and “This is very old wine. I hope you will like it;” aptly followed by “I never drink… wine.”

His path in life was where few have been. Even beyond the grave, the crowned Lugosi still reigns supreme. It was a double act, and both Lugosi and Dracula needed one another in order to get by –with remarkable results. Hopefully Lugosi is now set free knowing that he made it, and his accomplishment is remembered.

There is a small Béla Lugosi bust in tribute at Vajdahunyad Castle in Budapest’s City Park but more should be done to commemorate this local legend, especially when it comes to Halloween. This he would be honoured by, I am sure.