A tribute to Pál Szinyei Merse and his art

Written by Alexander Stemp
Pál Szinyei Merse (1845-1920) is an outstanding master and pioneer of nineteenth-century Hungarian art, considered to be the first true colourist of the period. From this November 12 to February 13, 2022, visitors to the Hungarian National Gallery in Budapest will be presented with an impressive display of his works and an overview of the artist’s prominent position in the history of art today.

Szinyei Merse was born into a family of nobility who supported the 1848 Hungarian Revolution. Later he enrolled at the Academy of Fine Arts in Munich and studied with the legendary Karl von Piloty. At the same time, he met the influential Wilhelm Leibl, who introduced him to the reflective “Plein-air” method of painting, which became his trademark forever more.

All went well with early days, but during the 1870s his professional and personal life suffered. Throughout that time he suspended his livelihood. But finally he came round and was convinced, after a 10-year absence, to return to his former profession. In 1894 his works came to the attention of Emperor Franz Joseph, and from then onwards he painted incessantly. Even so, he still remained a harsh and stubborn critic of himself, and produced fewer paintings than might be hoped. Nonetheless, his fame and recognition spiralled favourably before him.

In 1896 he was appointed to the Parlamentum Publicum, known as Országgyűlés in Hungarian, the supreme legislative institution in the medieval kingdom of Hungary from the 1290s, with interruptions, until 1946. and he was an advocate for reforms in art education. The established Merse began to exhibit widely in Paris, Rome and other European cities. In 1905 he became President of the Hungarian University of Fine Arts and held the position until his death 15 years later. In 1912 he was awarded the small cross of the Order of Saint Stephen of Hungary. Since then, interest for him as a pioneer has remained. 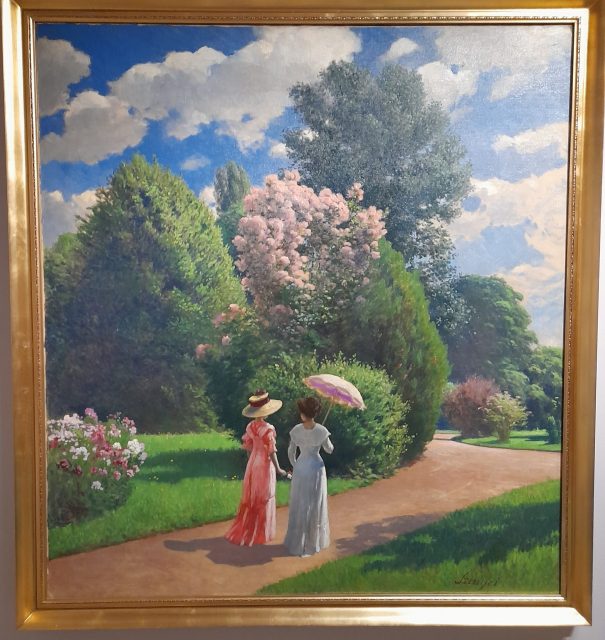 The National Gallery’s exclusive exhibition hosts 120 works including several pieces rarely seen in public, and examines the connections between these and the cult following he has attracted through the generations. These key works are presented in a Hungarian context as well as in parallel to elsewhere within the European realm, primarily the German, Austrian and French fine art scenes, all from that distinct timeframe.

In addition, more than 20 paintings by other international artists have been loaned by distinguished public and private collectors for the exhibition, including works by Monet, Sisley, Orot, Courbet and Gainsborough. A detailed overview of his cult is also revealed through the works of past masters such as Károly Ferenczy, József Rippl-Rónai and Aurél Bernáth, and contemporary artists Gyula Konkoly, Endre Tót and Ábel Szabó.

Originally planned for 2020 to coincide with the 175th anniversary of the artist’s birth and the centenary of his death, the exhibition was postponed due to the pandemic crisis. The upside of this delay is that now, this autumn, the National Gallery is able to exhibit additional works that have rarely come to public eye in the last hundred years and would have been impossible to exhibit last year.

One of the paintings that takes the spotlight is Szinyei Merse’s eventful and sublime “Sailboat on Lake Starnberg”. Painted in 1867, it disappeared from the Museum of Fine Arts during World War II but was recently found, restored and returned, thanks to the generosity and care of a New York art collector of Hungarian origin, Mihály Szarvasy. 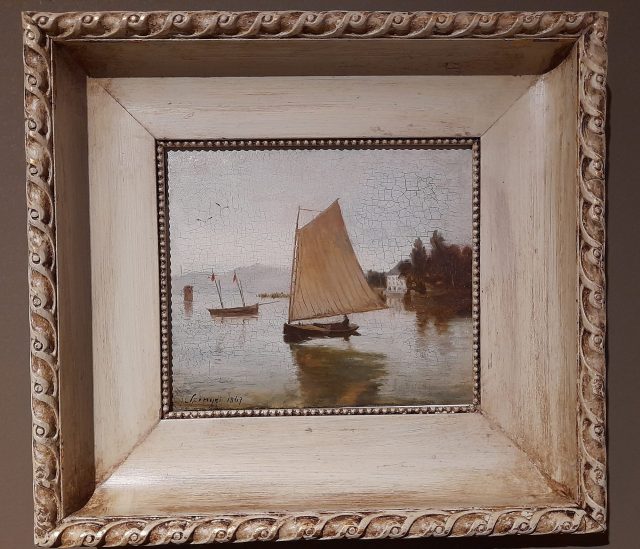 The serene “White Tree”, painted by the artist in 1909 and now in private ownership, is also on display again for the first time in more than a century. Mellow works produced in earlier times – “Picnic in May” (1873), “Lady in Violet” (1874), “Snowmelt” (1884), “Skylark” (1882), “Balloon” (1878) and many more, could also be described, albeit in the informal sense, as window paintings, as many of these speak for themselves and very much express that wilfully.

Other examples are the alluring and captivating “Poppies in the Field” (1902), the illustrious “In the Park” (1910), the iconic 1897 self-portrait and many more. All these continue to play a ground-breaking role in modern-day Hungarian art, and with these perfect compositions, their persuasive power and freshness, the adventurous use of colour and their singular approach to nature, Szinyei Merse’s trademark paintings continue to be universally admired. 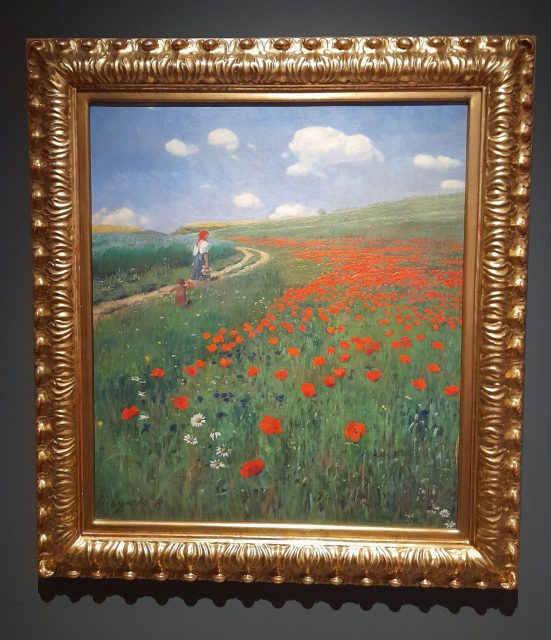 The independent artist’s greatness lies in the knowing, at the same time as his contemporaries and followers, his discovery of the capacity of sunlight, to break down form, and to further modify colour. He was the first Hungarian who consistently, comprehensively and innovatively implemented modern ideas in painting, enabling Hungarian scenes, for the first time in the nation’s history. At the same time his work kept pace with the latest trends in European painting.

Another highlight is the section on colour theory, in which the science of colours and how we perceive them helps us to interpret Szinyei Merse’s colour-rich canvases.